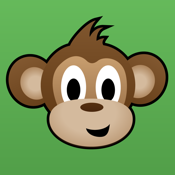 There are so many games in the App Store it’s hard to keep track of them all. Even when you narrow down what you’re looking for to endless runner games or side-scrollers there’s still a lot of choice. Monkey Run fits firmly into the side-scroller category. It’s not the most difficult game to play in this category but it does get more difficult as you progress in the game. It’s actually a good one to play with the kids as they won’t find it too difficult. This is a free app and it’s compatible with the iPhone, iPad, and the iPod touch.

Side scrolling games have been around since the dawn of the video game era. If you’re old enough to remember Donkey Kong and the original Mario Brothers games you know exactly what I’m talking about. They all have some basic components to them; normally the goal is to continuously move your character to the right of the screen jumping over objects or onto them while avoiding various obstacles in your way. Monkey run is actually even simpler than that. In this one all you have to do is jump over obstacles, although the pace does eventually speed up.

After a while this game becomes just a little too easy and monotonous. The play doesn’t introduce any new twists as you progress: it simply gets a little quicker. Adults will likely lose interest in this one fairly quickly but it’s a good game to introduce young children to their first video games. The other issue I have with this one is the pervasive use of advertisements within the app. You’ll run into them after every game and you can’t simply click off them; you have to watch them for at least five seconds. 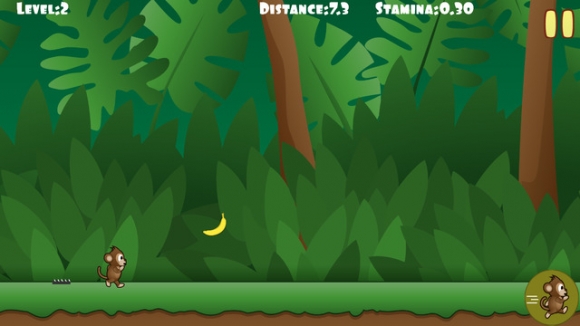 The game is pretty simple to play. To move you simply click on the right pointing arrow, and to move faster you simply tap and hold the picture of the monkey running in the bottom left corner. If you don’t hold this button down you won’t be traveling at a fast enough pace to clear objects as you attempt to jump over them. The objects you’re jumping over are always the same: there are monkey traps on the ground that have supposedly been placed there by hunters. All that running apparently tires your monkey out so you’ll have to jump up and grab the bananas that appear periodically to keep energized. That’s about all there is to it although the speed does pick up as you go. This one really is a little more fun for the kids than the adults. The five-year-old in our house seemed to enjoy it. 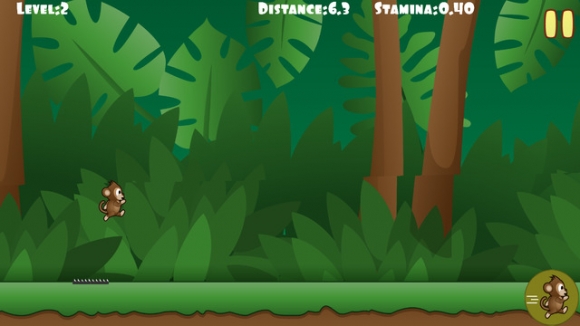 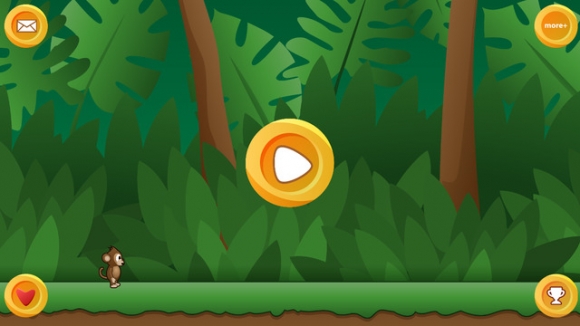 Monkey Run is a fun little game for kids but it’s probably not all that interesting for adults. There just isn’t enough variation in the game play and while the game does get faster it doesn’t make it all that much more difficult. Download this one for the kids.