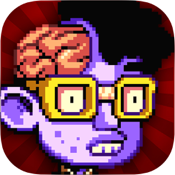 When you think of a game that has you making burgers there's a good chance you get an idea in your head of what to expect. Well the Bubonic Burgers app for your iPod touch, iPad, and iPhone will force you to take all those ideas and throw them out the window because you won't be expecting any of what you find here. This game takes place in post-apocalyptic times where you're actually putting together burgers for zombies who are your customers. These customers get really angry if you mess up their order so there is plenty of pressure on you.

Be Sure to Satisfy Customers

Never has it been more important to get a customer's order right and leave him satisfied as with the Bubonic Burgers app. This game takes place in post-apocalyptic times where teenager zombies have taken over the wasteland. It's your job to make that perfect hamburger for them or else they will spew. It's not just about the storyline though, as this game has a retro feel that players can't get enough of. It uses 16-bit graphics and retro music as well.

This game is free to play and requires iOS 6.1 or later to use. There is one in-app purchase available which makes it possible to remove the ads for $0.99. In its recent update there were some small bug fixes made in order to increase the challenge of the gameplay itself. The app doesn't yet have a customer rating but it does have customer comments that are extremely positive pointing out how fun it is, how challenging it is, and how great all the characters are. 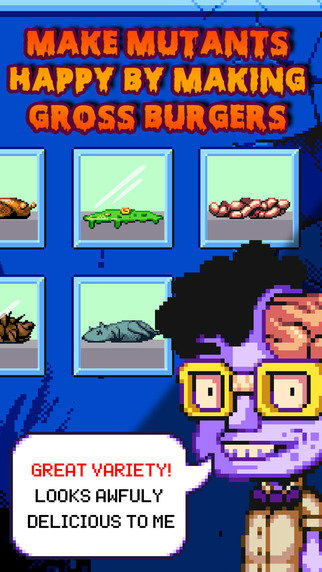 Make some rather gruesome creations

The goal in the Bubonic Burgers app is very simple: you need to make burgers that will satisfy your hungry zombie customers. Of course because these are zombies you're feeding don't expect they will be ordering typical burger toppings. Instead you'll be adding condiments like vomit, worms, dead rats, cockroaches, and even brains to the burgers. You'll need to pay close attention to the timer so that you don't run out of time and end up with some rather angry zombies. The app supports the Game Center, the Leaderboard, and there are achievements that you can unlock. You’ll find there is no shortage of challenge or fun with this game and it’s even addictive as you find yourself coming back time and time again. 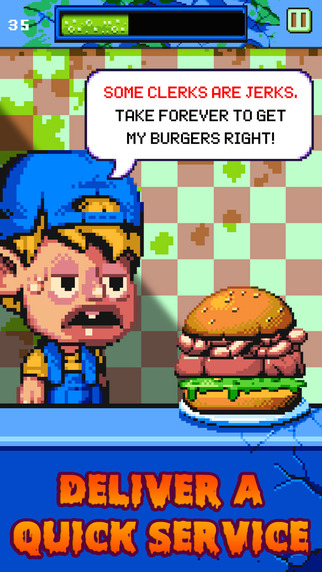 You're racing against the timer 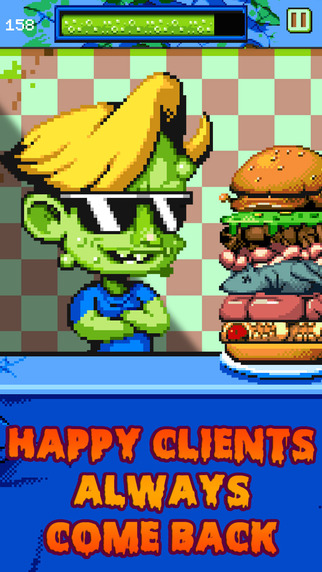 The Bubonic Burgers app for your iPod touch, iPad, and iPhone is a fun zombie-based game that certainly feels unique and creative. This one is hard to put down once you start playing.