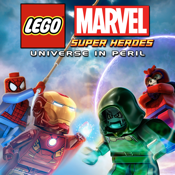 The spectacular universe of Peril always attracts millions of fans from all across the globe. Warner Bros. has worked smart to come up with a new iTunes lego app for iPhone called Lego® Marvel Super Heroes.

This is an exciting iPhone app for lego lovers out there. In fact, some users believe that it's one of the best lego apps for the iOS. So, check out our Lego Marvel app review to see if you agree with that statement.

Lego® Marvel Super Heroes will give you a golden chance to explore the whole Marvel Universe and take full control of the most influential super heroes in the world such as Captain America, Iron Man, Spider Man, and the Hulk.

All the heroes will unite and fight together to ensure that Loki and notorious Marvel villains do not succeed in creating a super weapon designed to destroy the entire world.

The game has 91 different characters and some additional ones that need to be unlocked as you progress through the challenging terrain in this universe. You will need to complete 45 action packed missions successfully before you are allowed to chase down Cosmic Bricks across key locations in Marvel Universe.

In addition, you will have to fight the enemies with your super power capabilities, invisibility, flight, and super strength. This is not as complex as it sounds as the game has a user-friendly interface that is quite easy to navigate once you get the hang of it.

The trick to making it alive to the end of the missions is to use your fast-paced combat moves to the fullest and activate Super Moves such as Iron Man’s Arc Reactor and Hulk’s Thunder Clap. You will earn great rewards for every challenge that you complete. 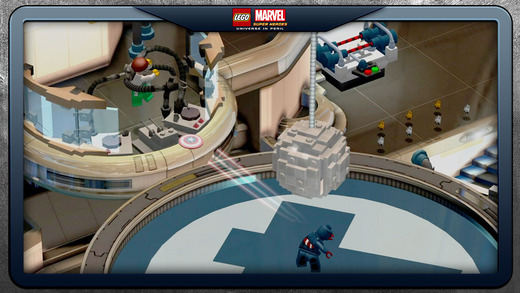 One of the major highlights that give Lego® Marvel Super Heroes an upper hand in the market is the interactive graphics. They help to create a realistic gaming experience that is hard to enjoy from all other similar apps in the market.

More importantly, there are over 91 plus characters that you can use to fight the villains. This means that you can play as Iron Man today then change to The Hulk tomorrow. It all depends with your personal taste and preferences.

Note that your device does not have to be connected to the internet to play this game. However, your device has to have at least 2.2GB space to store and install the app via wifi Internet and 1.1 GB to download to your computer then synchronize. 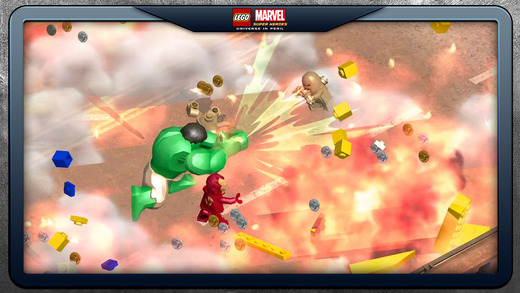 Lego® Marvel Super Heroes is no doubt one of the most unique and thrilling apps in the world. Use it to relax after a long day.