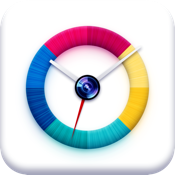 PicStory by amoo is a photo manager for your iPad that allows you to import your photos from Dropbox or Picasa and organize them into albums devoted to interests.

The app is very straightforward and easy to use. Click on “Add Album” and add as many photos as you want. After you’re done that you can add text and picture tags, name the album, and save it.

You can import photos from your Camera Roll, Picasa, and Dropbox as well as your PC through iTunes. You can’t yet from Flickr or Instagram. It’s easy to import and increases your options when it comes to what photos to use in your albums.

What’s great is that you can also back up your albums to Picasa or Dropbox in addition to your computer using iTunes.

This app doesn’t include editing functions, but it does give you extraordinary organizing powers: up to five tags gives you plenty of searching power and you can also add video notes onto each photo. You can organize by Timeline or Title. You also have the option to lock private albums.

PicStory was updated on December 1, 2012 to Version 1.7.2. This update made a bug fix. The app is available in 14 different languages and has a total of 54 ratings with an average of four out of five stars. Feedback comments are positive.

I think the price is a little high, but for people who take a lot of photos and would like to or need to collect them together, this can be an invaluable tool. It would be great to make a baby/child photo album, a family portfolio, or even school or work projects. I’d recommend this to use for a pregnancy diary, too! It’s a great app.

PicStory free to try out here.