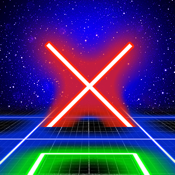 Most people are familiar with the classic game of Tic Tac Toe; well, here's a game that takes all the best of the classic and then injects it with all kinds of modern twists. The Tic Tac Toe Glow by TMSOFT app can be played on your iPod touch, iPad, and iPhone and features such things as glowing effects, fireworks, explosions, engaging sounds, and gameplay that is addictive. The app of course supports Game Center, allowing you to get really competitive.

Show Them What You’ve Got

With the Tic Tac Toe Glow by TMSOFT app you've got so many different game options that it can really be anything you want. You've got the ability to choose between three different sized boards, the larger the board the more difficult it will be. Play on the 3x3 board, 5x5 board, or the 7x7 board. No matter which you choose there's always a challenge. You've also got the option of 12 different levels in either two or one player mode. There are all kinds of Achievements to try for such as the 2 Way Win, Pro Winner, Classic Winner, and 3 Way Win.

The game is free to play and if you want to remove the ads you can do so with an in-app purchase of $0.99. In its most recent update there were some performance enhancements made that have also resulted in better stability. This one scores really high with users who have given it 4.5 out of five stars but there are no customer comments as of yet. 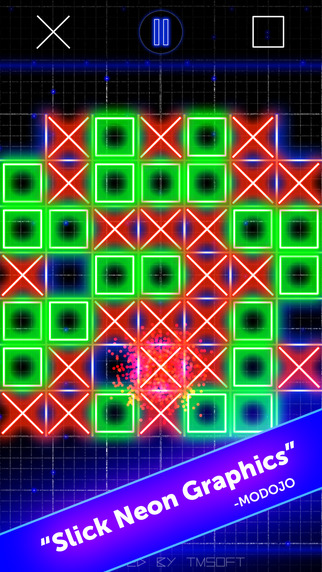 Enjoy the many graphics, animations, and sound effects

Where the Tic Tac Toe Glow by TMSOFT app really excels is in offering players tons of fun. The music and sounds add to the excitement as do the graphics such as explosions and fireworks. You can even share your winning photo to email, Twitter, and Facebook if you like. And what's a game without a little trash-talking and that's what you'll get from the computerized robot voice that will chatting to you throughout the game.

Gone are the days of a pad of paper and a pen in order to play this game and now thanks to all the options it offers it will also feel like a whole new twist to the game. With that said you still need to match up a row either diagonally, vertically, or horizontally just as you do in the classic version. 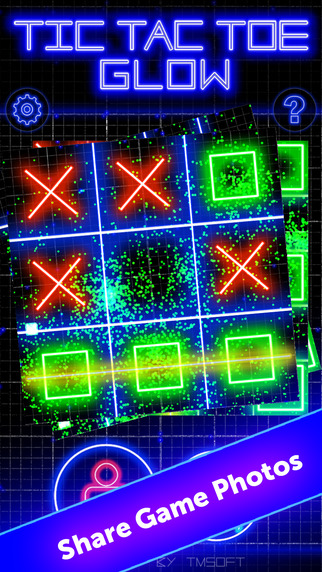 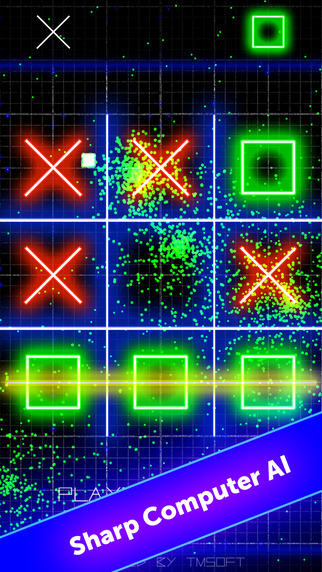 The Tic Tac Toe Glow by TMSOFT app for your iPod touch, iPad, and iPhone will keep players on the ball thanks to all the different game options which manages to transform this classic game into something new and fresh.