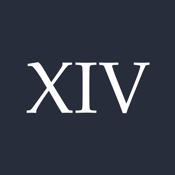 XIV Conversion app review: be ready to convert Roman numerals so you know the cardinal number 2021

XIV Conversion is an app for converting Roman numerals. It's an easy to use Roman numeral converter app that can come in handy when you least realize it.

For example, you can use this converting from Roman numerals app for iPhone and iPad when talking about the Super Bowl and learning what number the NFL championship is on. Let's see if this is one of the best concersion apps for iPhone.

It’s a small app of only 0.2MB, and with that size it makes it worth having on your device versus Googling the numbers online.

In today’s world of apps, there are decisions to be made. Often when it comes to reference, you have to weigh the benefit of the app versus the ease of finding your answer on Google.

In this instance, while Googling is easy and probably fast, this app is definitely faster, will save you the data, and is so ridiculously easy to use that if you need Roman numerals often you will definitely want this great app handy.

Be Ready with Answers

XIV Conversion covers a void in the education system that has again fallen short. Roman numerals are taught in a very precursory manner if taught at all.

This leaves our kids not knowing what the Roman numeral is when reading a text numbered with Roman numerals, or even for the Superbowl.

This is sad, but with the help of this great reference tool, it can also be remedied. I, V, X, L, C, D, and M are all there to help you convert your number from cardinal to Roman numeral.

For fun, I typed in 532 and came up with DXXXII which fortunately is the correct answer. Once I typed this in, I could go back and forth from cardinal to Roman numeral and back.

I also appreciate that the Roman numeral to cardinal has the Roman letters ready for typing rather than providing me with a full keyboard that I have to search out the correct numerals on. 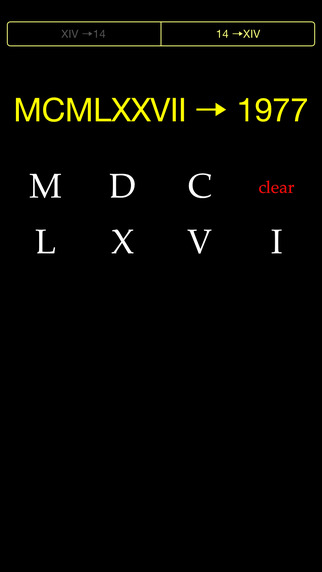 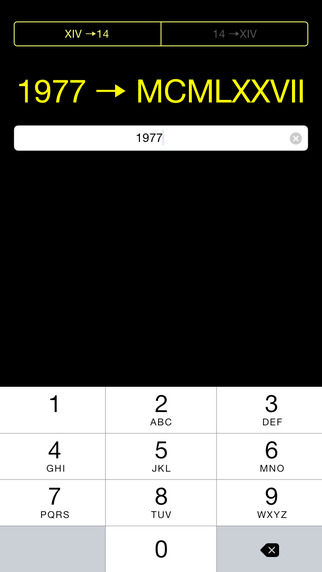 If you need to know what edition of a book you’re reading, or what number Superbowl is coming up, then this app can help you. It can even help you work on your Roman numerals to be used as a teaching tool.

Overall, while I find it sad that this is needed, I appreciate the effort that the developers went to in order to create a small and easy to use app to fill in when people don’t remember their Roman numerals.