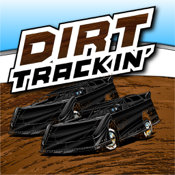 Dirt Trackin is an exciting racing game with old-school arcade appeal. Your goal is to win every race by expertly handling powerful dirt track cars. This app offers realistic 3D graphics, impressive background music and sound effects, and dozens of classic and modified vehicles. Developed by Tim Bennett, the app is compatible the latest models of iPhone and iPad.

Dirt track racing is a popular sport among the younger generation. It is a rugged sport that involves racing through slippery dirt tracks. Dirt track racers normally use classic muscle cars and modified vehicles with excellent road traction.

If you are a dirt track racing fan, you will surely love Tim Bennett’s mobile Dirt Trackin game for iOS. The app uses 3D rendering so you need the latest iPhone and iPad models to fully enjoy the game. Take note that this game will not work on iPhone 4 or older models.

After installing the app, you can immediately immerse yourself in the races. The app allows you to select your muscle car and driver. You can also select a dirt track for your first race. Once you are ready, you can tap the race button to start competing with other drivers.

For new players, it would be easier to use the tilt control function. All you need to do is to tilt your device in either direction to control your car. You still need to touch the gas pedal to accelerate and tap the brake to stop your car. 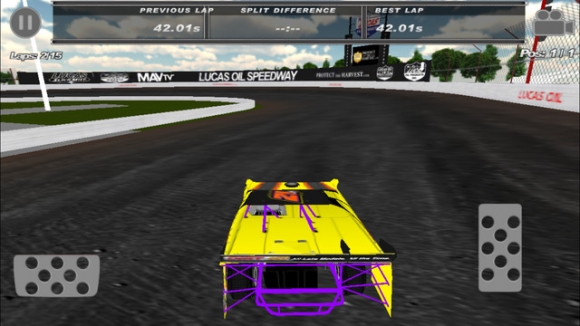 Dirt Trackin offers 16 models of classic muscle cars. There are also nine modified cars and eight street stock vehicles. Each vehicle has its own unique driving attributes. You can choose any vehicle you want and race it through the dirt tracks.

There are six realistic racing tracks included in the app. Four of the race tracks are based on real venues. The app renders the tracks in 3D with realistic graphics and life-like animations.

Dirt Trackin offers nine real world drivers including Bobby Pierce, Devin Moran, Kent Robinson, and Morgan Bagley. You can race against these drivers or choose an avatar that resembles the characteristics of your favorite driver.

And lastly, this app offers heart-pumping background music with realistic sound effects. You will hear the roar of a real car when you rev up your vehicle. 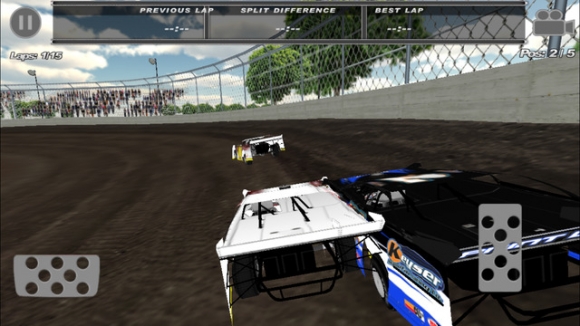 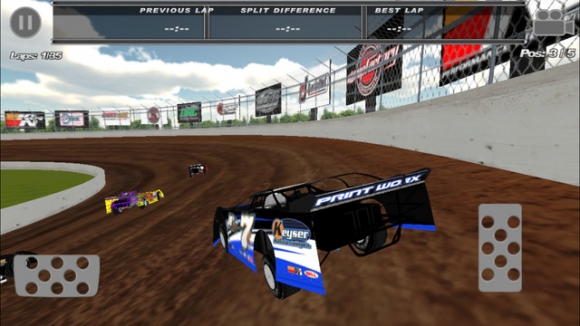