Many people need to be able to take notes on the go, jot down reminders, and make lists but you don't always have the time to write it down. The Say&Go Memo Recorder app can be used on your iPod touch, iPad, and iPhone and provides users with a quick way to make these notes. Simply speak into your device and your notes are recorded, it doesn't get easier than that. In fact the moment you launch the app recording begins.

No Need for Additional Tools

With the Say&Go Memo Recorder app there is no need for additional tools such as a pen or piece of paper, just launch the app and the recording begins. This is great for those who need to be able to take notes, record ideas, and thoughts as they happen and while on the go. You won't have to remember to jot it down later instead you can capture it as it enters your brain. The way this one works is you tap on the app icon, then you start to speak into your device. The recording will automatically stop when it hits the pre-determined time limit. This limit can be set by you and can be anywhere from four to 75 seconds.

This business-based app requires iOS 7.0 or later to use and currently has 4.5 out of five stars from users who have called it outstanding, easy, quick, and very helpful. In its recent update there was a small bug fix to ensure smoother performance. 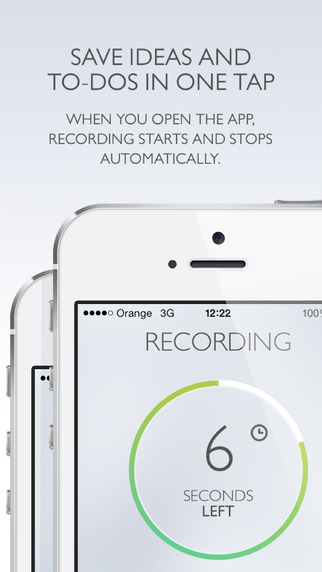 Make notes on the go with ease

This is the perfect example of an app that has been made for multi-taskers who need their hands free yet still brainstorm whenever wanted. The Say&Go Memo Recorder app is integrated with Dropbox and Evernote so that you can automatically upload and create notes to the other apps. The app is also able to automatically send an email copy of the note to you. Additional features include the fact you can send voice notes by iMessage, you can set up reminders with a time and date, and there are quick reminders you can set up which will alert you within 60 minutes.

The app is all about simplicity which is evident in the amount of automatic settings and options all of which are easy to set. The user interface is beautiful and clean allowing users to move around with ease and speed. 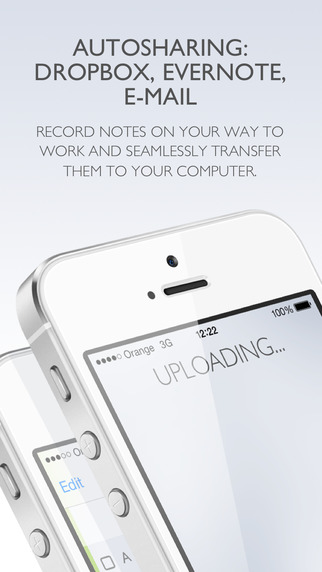 The app is able to automatically share your notes 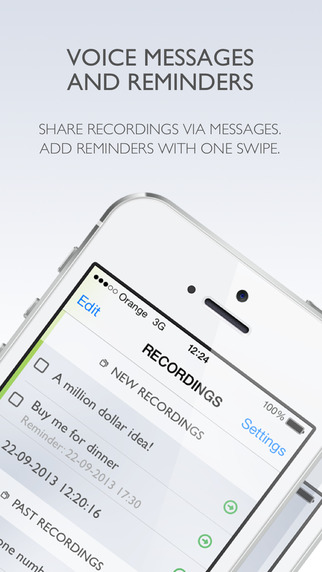 The Say&Go Memo Recorder app can be used on your iPod touch, iPad, and iPhone as a way to make notes on the go that won’t weigh you down with useless tools.