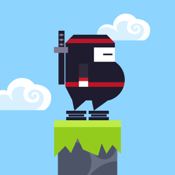 Spring Ninja may be one of the most frustrating games available in the App Store. That’s a pretty strong statement but if you give this one a try you’ll see what I mean. It would probably fall into the Flappy Birds sort of genre but it’s a whole lot harder than that classic App Store game. A game should certainly be difficult - you don’t want to finish it too easily - but it should be beatable. Spring Ninja is just a little bit too hard. This is a free app and it’s compatible with the iPhone, iPad, an iPod touch.

The best iPad apps for drawing 2021

This is a game with so much potential. The graphics are simple and fun and the sound effects actually work quite well. It’s the game play that fails miserably. This game may have the look and feel of Flappy Birds but a game loses its appeal pretty quickly when it seems impossible to beat. The worst part is that once your games over you have to start right back at the beginning as there are no extra lives and you can’t purchase them, either. This is quite frustrating and causes you to lose interest quite quickly.

The other thing that’s really frustrating about this game is the ads: they’re everywhere. There are banner ads along the bottom of the app on every screen including when you’re playing the game. There are also pop up ads after every game. It is possible to get rid of the ads if you purchase the full version of the game but there isn’t a lot of incentive to do this when you consider how frustrating the gameplay is. This app will require 16 MB of free space on your iOS device. 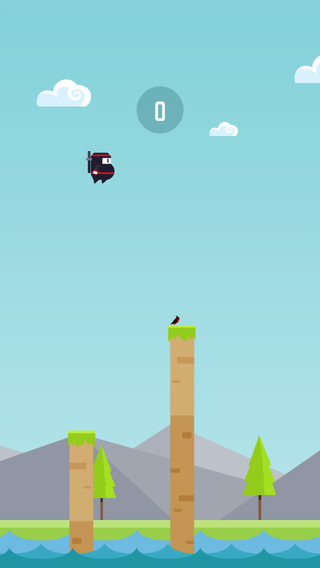 Gameplay is actually quite simple in Spring Ninja. The idea is to jump your character from pillar to pillar and that’s it. While it sounds simple in theory making any real progress in this game is frustratingly hard. To move the Ninja to the next pillar you have to tap and hold on the screen for just the right amount of time before releasing the spring beneath him. The Ninja then attempts to jump to the next pillar but if you time your jump wrong he’ll end up in the water. What makes it so hard is that there is no set pattern. Every time you start a new game the pillars change so you can’t anticipate what’s coming next, making it very difficult to time your spring right.

This game really could be quite addictive. An idea that might improve the game play would be some sort of level indicator. If you knew a jump at 25 percent would make you travel a certain distance you could learn to time your jumps better. As it stands now every jump is a guess, which is very frustrating. 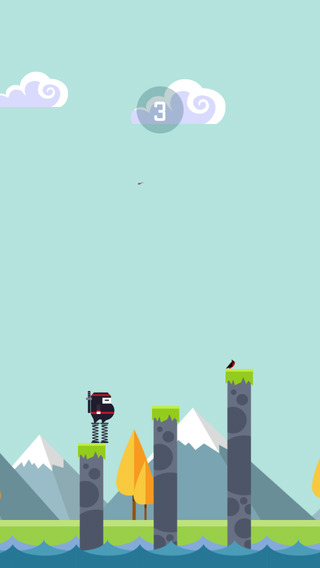 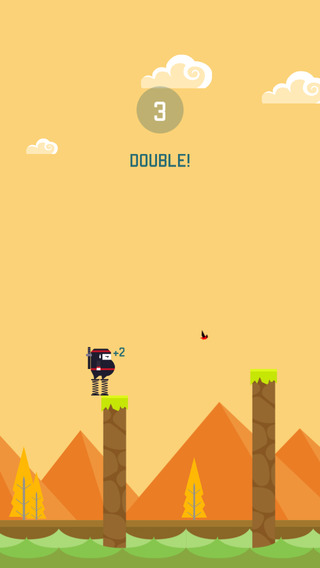 Spring Ninja is a game with a lot of potential; unfortunately it never achieves it. The game is full of ads and the difficulty level is just a little too hard. Unless you enjoy being frustrated I’d take a pass on this one.