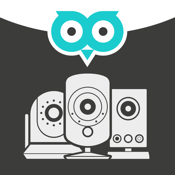 In today’s world there is an ever increasing need for security. With rapid growth in most urban areas comes an increase in crime. One way to combat crime is to increase the presence of security cameras on your property and most new cameras can be monitored from your iOS device. Unfortunately the native apps that come with these devices are often inadequate and that’s where OWLR Camera Viewer comes in. It is a simple little app that works well with many different cameras. The app is free and it’s compatible with the iPhone, iPad, and iPod touch.

The native apps that come with most security cameras are notoriously glitchy and difficult to use. There are many third-party apps available that can fill the gap but most of them are complicated and not very user-friendly. OWLR Camera Viewer combines great features in a simple layout that’s easy to use and works very well. It’s specifically designed to work with Foscam, Foscan, and Axis cameras.

The fact that OWLR is free certainly makes it an attractive alternative and it really is free. There are no ads to get in your way and no in-app purchases. Generally it works very well but I did find a couple of issues with this one. First of all there are no instructions in this app; granted, the app is easy to use but a little instruction would be a good idea. The other problem I ran into was that the app would occasionally get locked in the camera control screen and no matter how many times I tried to exit this feature it kept going back into it. This was more than a little annoying. This app will require 44.5 MB of free space on your iOS device. 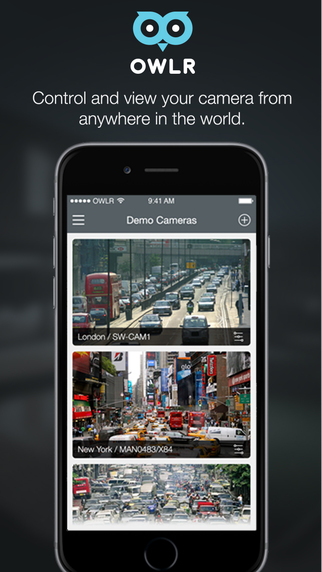 When you open the app the first thing that strikes you is just how simple this app really is. There’ are only five items you can choose from on the main screen. In the top left corner you’ll see a menu icon which will open a side screen that tells you the version you’re running and also allows you to quickly access your cameras. In the top right corner is a plus sign which allows you to add a camera, you can also tap on the Add a camera tab in the middle of the screen to do the same thing. If you want to see how it works you can tap on the demo cameras tab which allow you to view some live public cameras which are currently running. The only other thing on the main screen of the app is a feedback tab

Once you have a camera set up it’s very easy to use. The apps controls look like a standard gamepad controller so if you grew up on Nintendo and PlayStation you’ll be up and running in a matter of seconds. It’s about as simple as an app can get but that’s not a bad thing. 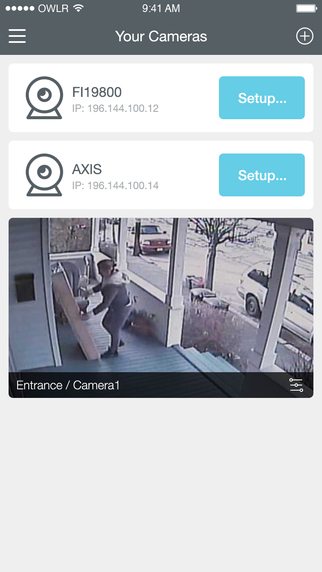 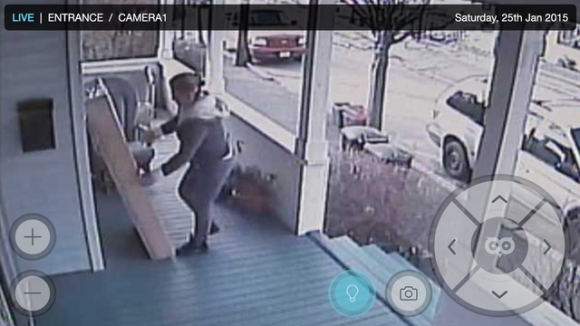 OWLR Camera Viewer is an excellent third-party camera app that generally works better than most native apps that come with security cameras. It’s simple to use and it works well. If you’re frustrated with other camera security control apps you may want to give this one a try.