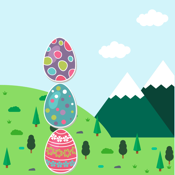 Every once in a while a game comes along that’s just a little bit different – this may or may not be a good thing depending on the quality of the game. There are dozens of endless runners, puzzle games, and card games in the App Store – among others. EggTower is none of these. If there’s anything you can compare it to it would probably be the classic game of Jenga but it’s not quite that either. This is a free app and it’s compatible with the iPhone, iPad, and iPod Touch.

It is certainly refreshing finding a game that breaks away from the pack a little bit – there are only so many endless runners you can play before it all gets a little old. EggTower is definitely not your standard fair. It’s a simple game which you may find interesting at first because of the novelty factor but it’s not about to win any awards. That’s not to say it isn’t a bit if a challenge it’s just a little mundane.

There are certainly some positive aspects to this game. It does include Game Center integration so you can compare your scores to others around the world. There are also the standard social media sharing options in the form of Twitter and Facebook, but that’s about it really. On the negative side the game doesn’t take long to start feeling a little repetitive – there’s just not enough variety in the game. There are also ads to contend with although these are only thin little banner ads at the bottom of the app so they aren’t overly obtrusive. This app will require 11.9 MB of free space on your IOS device. 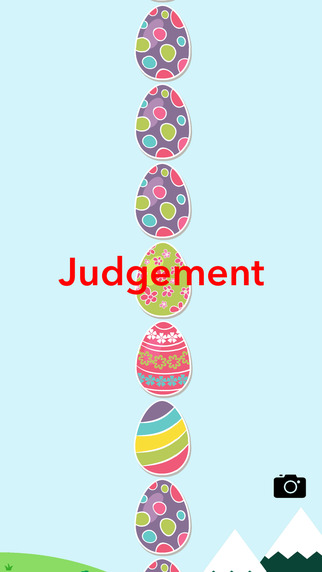 We mentioned earlier that the closest game to compare this one to is the classic game of Jenga but it’s really not that close of a comparison. Jenga involved removing blocks from a solid tower and hoping the whole thing didn’t collapse. EggTower does involve stacking but it’s a game of addition not subtraction. In a nutshell, the objective is rather simple – you have to stack eggs one on top of the other. You simply tap on the screen and a new egg will appear, then you drag it on top of the previous egg trying to keep it balanced. If you’re off by just an inch the whole thing will collapse. It’s entertaining for the first couple of minutes but it loses its lustre pretty fast.

There are three different game modes: SpeedRun, Challenge, and Endless. In SpeedRun the idea is to stack ten, twenty, or thirty eggs as quickly as possible. It’s harder than it sounds. In Challenge you have to stack as many eggs as you can during a set time period, and in Endless you just keep going as long as you can. The game is pretty simple it’s just not that exciting. 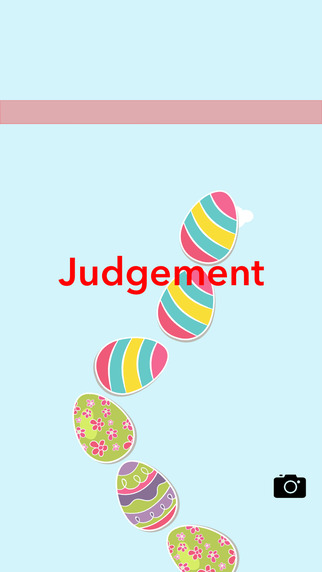 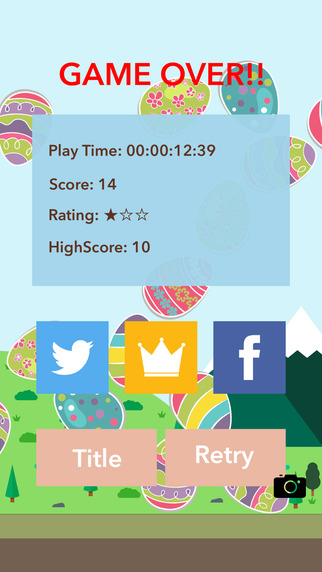 If you’re looking for something a little different you might want to give EggTower a try. It’s certainly different from the average App Store game. There just isn’t enough going on to keep you entertained for long.