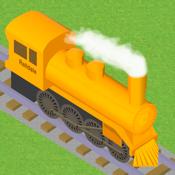 Raildale - Railroad & Railway Building Game is an iPhone and iPad game that allows you to create a world connected by railroads. A multi-colored experience full of cities, switches and traffic lights, fines and rewards, this game is sure to keep you busy playing.

Raildale will have you creating a complex network of railroads and railways connecting cities that you have to find. You have to send the trains to the city of the same color, and when it gets to its destination, you receive a reward. Draw the rails but pay attention to your budget because this costs you money.

As you go along, you can also see that train crashes are at times difficult to avoid. This is all part of the game though, so make sure that you prevent the crashes that could happen. If they do crash, you’ll have to call the service train to fix damages, but don’t worry if you need to fix the trains, because it’s all a part of the game. 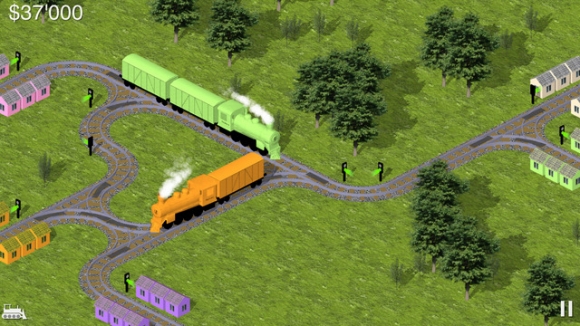 Raildale is both a designing and an exploring game. In level one, you just connect the two cities to get the green train from one city to the next. In level two you start to learn about levers and switches to get trains to go a different direction.

What I found frustrating about this game is that I cannot zoom in or out to view the whole picture. I can see the cities in the corners of my screen, but that’s it. Each time I tried to zoom in or out, I would create more tracks and sometimes these would be in the middle of the field rather than in a convenient place. Fortunately, it was fairly easy to erase the accidental tracks; all I had to do was hit the undo button that pops up right beside the unwanted tracks. 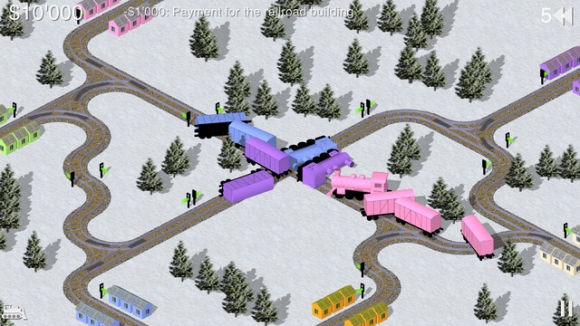 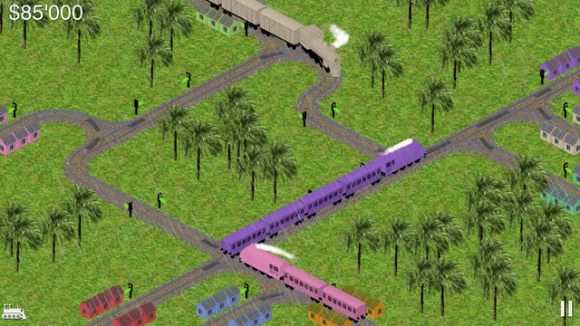 Raildale - Railroad & Railway Building Game is an iPhone and iPad game that will allow you to create tracks to join cities. It helps kids understand how traffic works, and how cities can be joined more efficiently by tracks for mass transportation. It helps kids understand that we can help the world by reducing pollution, but also that there are repercussions of not planning properly. The crashes can happen, and in the game you have to send out the service car to repair the cars should they crash. I appreciated this detail, and overall, enjoyed the game.