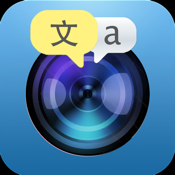 Photo Translator+ is unique translation app because it can translate texts that are embedded in any photo or image. It uses the latest optical character recognition engine to extract image texts and convert them into editable data. Converted texts are then translated using online translation service. Developed by Wei Xiamei, the app is compatible with iPhone, iPad, and iPod touch.

A Handy Translator in Your Hands

When traveling to another country, you will often see public display signs that are written in a native tongue with no translation. Constantly asking people around you to translate the signs can be very frustrating. You can avoid this problem by using the Photo Translator+ app for iOS.

Photo Translator+ is a handy translation engine that offers a unique ability to recognize texts in any image or photo. When you see a sign written in a foreign language, just take a snapshot of it and crop the text area. The app will automatically extract the text and translate it in your chosen language.

The simplicity of the app is pretty impressive. It is highly functional and offers accurate character recognition and translation. The app’s home screen gives you access to the language settings. You can select a source language and an output language before loading the camera.

Make sure to take clear photos in order to get accurate translation output. But if you choose to use the translation service at a later time, you can simply save the images in your device. The app can import these images from your device’s camera roll so you can translate them whenever you want.

Photo Translator+ can translate any type of photo whether in color or grayscale. It can also extract texts from a book so you can translate paragraphs written in foreign language. 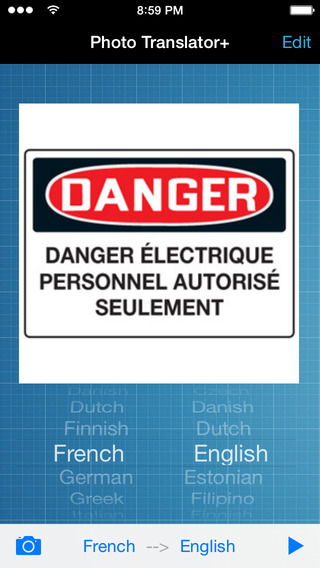 It also supports at least 39 major languages from Asia, North America, and Europe for output translations. These languages include Chinese, Hindi, Korean, Russian, Portuguese, Romanian, Swedish, and many more.

This app uses the device camera for taking photos. It offers a built-in crop tool so you can select the text that needs to be translated. The app automatically extracts cropped texts and displays the output translation below the source text. 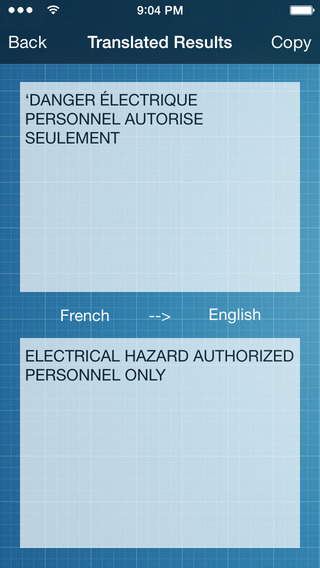 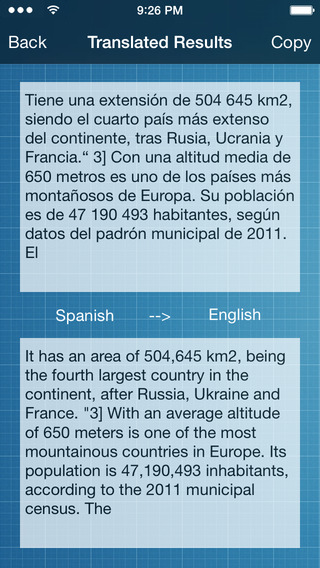 Photo Translator+ uses optical character recognition to convert text from image. It offers accurate translations as long as your images are clear. This is a good app for travelers and tourists.