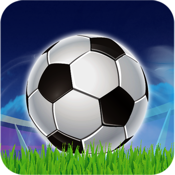 Just because you aren't out on the soccer field doesn't mean you can't enjoy a friendly and challenging match. The Fun Football Tournament soccer game app has been developed for your iPod touch, iPad, and iPhone and uses turn-based mechanics that you will find extremely fun to play with and a real challenge at the same time. You'll be able to play as your favorite team, pick between a couple of playing modes, choose your difficulty level, and so much more. This one is filled with options that lead to fun.

The best boxing apps for iPad

All the Ingredients for Fun

The Fun Football Tournament soccer game app is loaded with features and tools which are meant to ensure the game is filled with challenges and of course fun. There are two different modes of play that give you the option to play in single player mode or two player mode. If you're playing against the computer you'll be able to choose from three difficulty levels, which ensures the game is always the appropriate level of challenge. And let's not forget there are 48 different teams you can play as and they feature actual ranking strengths from FIFA.

The best hockey apps for your iPad

The game requires iOS 6.0 or later to use and has just been updated to feature a Global Leaderboard for those who love the competition aspect. The app doesn't yet have a customer rating or customer comments. 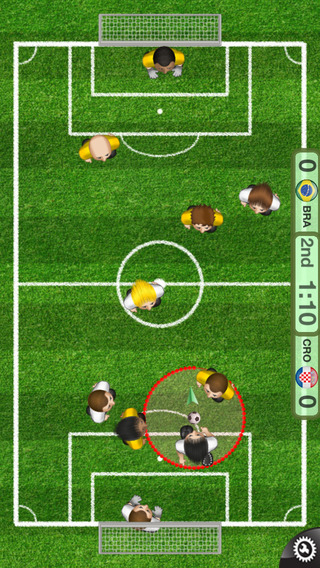 It's All About the Skill

With the Fun Football Tournament soccer game it's all about mastering your skills as a soccer player. Each footballer has their own handful of skills to learn how to use to your advantage. There are even a variety of playing fields just to add another layer of interest to the game. You can play your match indoors, in the rain, in sunny conditions, and even in the snow. Take part in tournament games that include group stage, then the quarter-finals, on to the semi-finals, and then the finals. It's also important to point out the animations and graphics as they are very well done and respond accurately and as you would expect.

As far as the gameplay goes the teams are made up of five players and it uses turn based gameplay. This means you will be able to control the player who is closest to the ball at that moment. You'll need to act fast though because you only have 10 seconds to make your move. 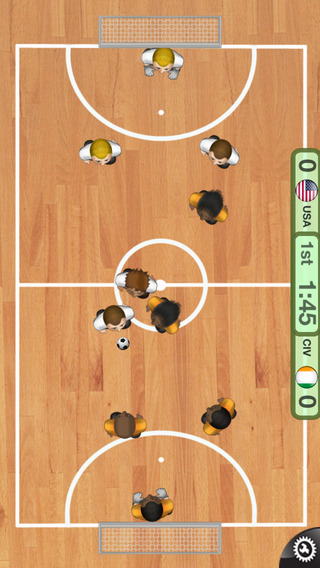 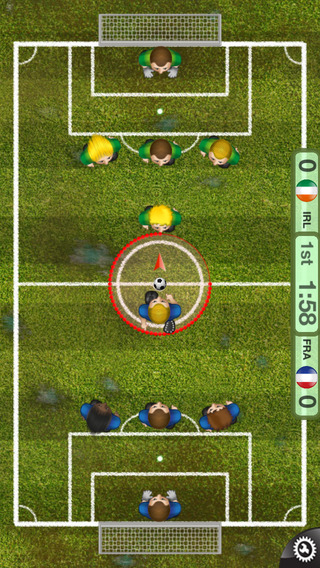 The Fun Football Tournament soccer game app for your iPod touch, iPad, and iPhone gives players the chance to show off their soccer skills in an addictive, fast-paced, and responsive game.