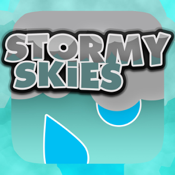 Stormy Skies app review: a fun game wherein you must catch the raindrops before they hit the ground

Stormy Skies is an iPhone and iPad game that will have you trying to stop the impending storm from hitting and reaching the ground. Unlock power-ups, and keep the rain at bay as you play this fun game.

Stormy Skies is a fun game where you catch the raindrops falling from the clouds. It has an easy enough premise, and I enjoyed giving it a try. All you have to do is catch the raindrops that fall faster and faster as time goes by. Occasionally, a snowflake will fall so you can freeze the current raindrops on screen.

One thing you need to know is that if you let one fall to the bottom of the screen, the drops add up quickly. It wasn’t long before one little drop caused a flood and the whole screen was covered in water. As with Tetris or other screen fill games, once the water reaches the top of the screen, your round is over. 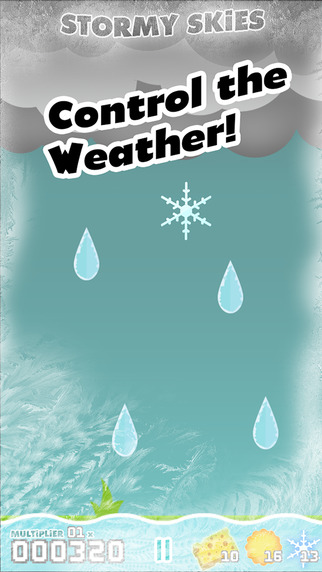 Stormy Skies is an object-tapping game, meaning that you have to tap the raindrops before they hit the bottom of the screen. This is a rather fitting method as the tap, tap, tap sounds much like raindrops on a tin roof. If you tap the screen fast enough, then your fingers rather sound like this too. I generally play games with the sound off so not to disturb the people around me, so I was able to notice this quickly. The sound effects in the game aren’t that different.

As I mentioned, the screen fills up quickly, but if you’re lucky right when you need a snowflake, one will fall so you can get all of the raindrops on screen. As you get further in the game, the raindrops speed up, and you may get one that falls significantly faster than the others. This just adds some variety to the game. 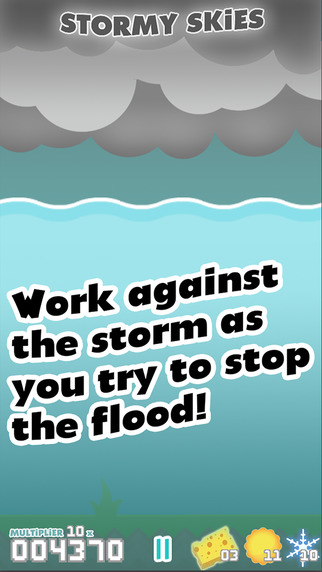 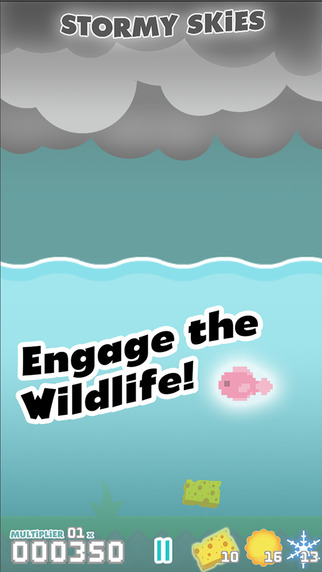 Stormy Skies is an iPhone and iPad game that will have you tapping the raindrops to keep them from falling to the bottom and filling up the screen. Kids love it, adults love it, and if you’re competitive then you can watch your friends’ scores in Game Center too. The snowflakes make it a bit more fun to play with the freeze option too, and I enjoyed sharing it with my kids. They like to easy to catch on to ones even if they can’t keep up to the raindrops as they speed up. My son who is 12 especially liked this one and played it for quite a while trying to beat 1000 points. I was able to get over 700 my first try, so it’s not that hard to accomplish. Overall, it was a fun game that I’d recommend to anyone looking for a quick game to play while waiting for something.