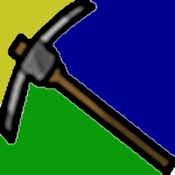 Mine Out app review: break the bricks and catch the pigs

Mine Out is an iPad and iPhone game that will have you digging deep into the ground with this fun mix of mining, digging, and a mine cart too. Blast down through these fun levels in an arcade mining adventure.

Mine Through The Levels

Mine Out will have you digging down through the levels in a great mix of mining, digging, and even using a mine cart as a paddle! All you have to do is blast down through the levels, but watch out for the dangerous flying tools! The game sounds easy enough, but it’s actually a tricky variation of the falling object game. You have a mine cart at the bottom that you have to slide to catch the pigs, cows, and mushrooms. Use your thumb to break the bricks, but the shovels and pick axes will throw your pig, cow, or mushroom off target at the last moment.

The game comes up with a pretty good instruction sheet that seems simple enough: move mine cart with your thumb break bricks catch pig cow mushroom in your Mine Cart cloud can’t hurt you. Okay, so off I go to try the levels! Well, you can’t catch or stop the flying shovel or pick axe, so you’re left wondering how to get the pesky pig, cow, or mushroom to actually fall into your mine cart. 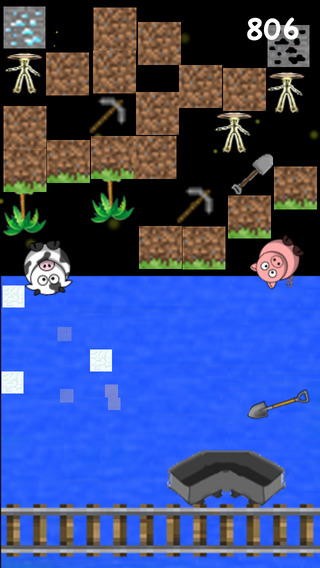 More Difficult than it Seems

Mine Out is more difficult than it seems, but that doesn’t have to be a bad thing. It takes getting used to as it’s not the typical top down game. In fact, when I did catch the pig in my mine cart and it disappeared, I didn’t think that I’d actually caught it. I thought that the shovel hitting it had killed it and that I’d lost the level.

Sharing your score with your friends is made easy with the share buttons on the level screens, so if you get a really good score you can share your bragging rights. The mine cart is used as a paddle of sorts like the old pong games. The cows are new, and the mushrooms are unexpected, but overall, the game was fun to play. 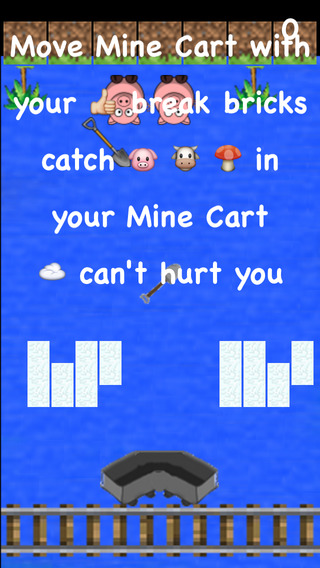 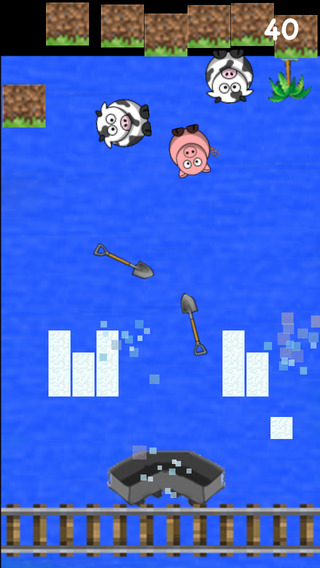 Mine Out is an iPhone and iPad game that has you using your mine cart as a paddle to collect the pigs, cows, and mushrooms. There are blocks to break, and shovels and pick axes to avoid, but I’m not really sure what I was supposed to do with them. They go where they want whether I tap them or not, and they kept hitting the pigs. Overall, it was a fun game to try, but it is more difficult than some other top down games to master. Good luck, and happy playing!