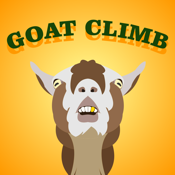 Goat Climb app review: climb your goat up the canyon by jumping side to side and avoiding the branches

Goat Climb is an iPhone and iPad game in which you have to jump your goat from one side of the canyon to the other without bashing into the branches. If you hit a branch, then your game is over and you must start again. The game is scored based on successful jumps.

Jump Across the Canyon

Goat Climb requires you to jump your goat across the cavern to avoid hitting the branches that are sticking out from the side of the cliff. It’s a simple enough task, but it’s really hard in practice. It took me several tries to even get past the first branch, and even afterwards the furthest I could get was five jumps.

This game was frustrating for me. The goat runs very quickly, and it takes a while to get a feel for the speed at which it travels, and thus the branches approach. There are times that the branches placement requires you to jump, jump, jump several times to keep from getting stuck, and while I understand that this is part of the added challenge, it was too challenging for me. 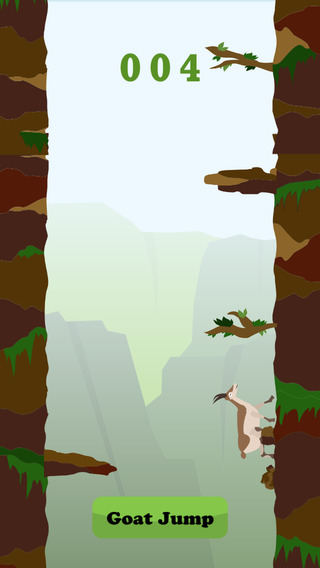 Quirks of the Game

Goat Climb does have some quirks as well. It is a free game, but it is supported by ads. The ad bar is directly under the jump button, which meant that often when I was trying to hit the jump button, I’d accidentally bring up the ad bar. This was annoying, distracting, and made it even more difficult for me to successfully complete a jump.

I also had an issue with the size and sensitivity of the jump button. It was just small enough that if my thumb didn’t hit it on the words then the goat doesn’t jump. The words are about a 12 font size on the iPhone, so this doesn’t leave much room for error.

On the main menu there is the option to purchase the game to remove ads, or restore your purchase, but it wasn’t really a game that I would personally spend the money on. It may be fun for some for a couple weeks, but that’s likely the life span of this hand eye coordination game. 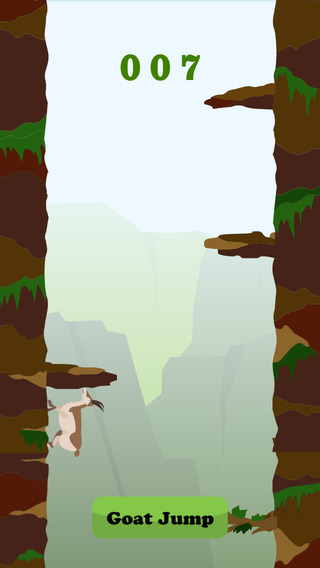 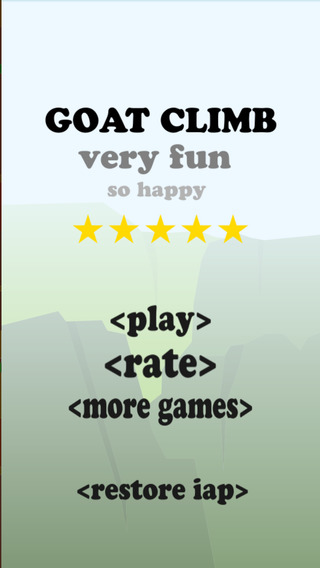 Goat Climb is an iPhone and iPad game that requires you to jump the goat from one side of the canyon to the other while avoiding the branches that will knock you down. It may be fun for some, but for me it was just too difficult and thus frustrating. I repeatedly hit the ad banner due to the small size of the jump button, and if I didn’t hit the jump button words exactly then my goat wouldn’t jump. It was frustrating.