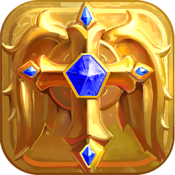 Strategy adventures games are one of the more popular categories in the App Store? These types of games sort of combine actual control of the characters in the game with a strategy storyline that must be followed as well. There are essentially two types of games in this category: those that allow you to control a lot of the play yourself and those that include action that is mostly simulated. Games in this latter category can be very frustrating and are generally wise to avoid. Duel of Legends falls somewhere in between and while there are some fun graphics in this app the overall play isn’t the best. This is a free app and it’s compatible with the iPhone, iPad, and iPod touch.

There are a lot of great one-on-one fighting apps in the App Store and there are also a lot of great strategy games.  Duel of Legends is supposed to be a cross between both types of games, allowing you some control over events while simulating other parts. The problem is this app doesn’t do either aspect very well and with so much competition in the App Store this app just doesn’t stand out at all.  If you’re looking for a fun action adventure with great controls and an ongoing simulated storyline you can find a lot better choices than Duel of Legends.

One of the most frustrating parts about this app is the poor English used throughout the app as well as in its App Store description.  There is a detailed description of the app in the App store, but unfortunately the English is so bad it’s hard to figure out what they mean. The hints within the app are equally as bad and, while you can generally figure out what they mean, it can definitely be a little confusing at times. On the positive side the graphics are quite fun and the sound effects work well. This app will require 60.3 MB of available space on your iOS device. 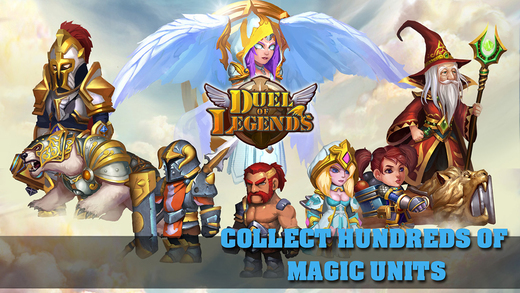 In Duel of Legends you are constantly being pitted against different enemy armies; as you defeat each army you open up the next level and can unlock the next part of the adventure. The characters in your army can be controlled like the pieces on a chessboard. When it’s your turn you’re allowed three moves to try and get your characters in position to attack. The hard part is trying to figure out what combination of moves will actually initiate an attack. The developer does give you hints, but the English is so poor it’s hard to follow. After a whole lot of trial and error, I was able to figure out that an attack is initiated when you have the same type of character lined up behind one another. It’s definitely a little confusing.

After each completed level you are rewarded with coins with which you can purchase different items or upgrade the armor of your characters. You can also unlock new allies which will accompany you in battle. Completing each level will also unlock the next level. There isn’t a lot of variety to the game; each battle looks much the same as the last only it will include your new characters. 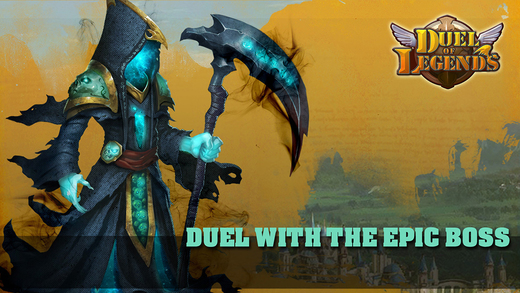 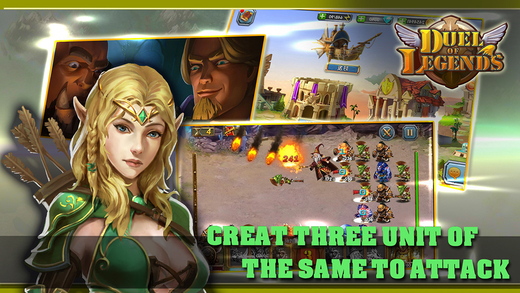 Strategy and adventure games are very popular in the App Store, which means if you want your app to stand out it has to be something special: it needs to have great graphics, a great storyline, and of course great gameplay. Duel of Legends just doesn’t measure up in most of these categories. The graphics are okay but that’s about all this app has going for it. Unfortunately, the poor grammar in this app makes it difficult to recommend it.