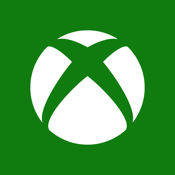 Xbox One SmartGlass app review: offering a smarter way to enjoy your Xbox One

The SmartGlass app allows you to control Xbox One from your iOS devices. It offers a new way for you to enjoy the Xbox console while at home or on the go. This companion app offers exciting features that allows you to stay connected with your games and Xbox network. Developed by Microsoft Corporation, this app is compatible with iPhone, iPad, and iPod Touch.

Get Full Control of Your Xbox One with SmartGlass

Microsoft is aware that most of its Xbox gamers are also avid fans of Apple mobile devices. By developing the SmartGlass app, the tech giant is making it easier and more convenient for its customer base to enjoy their Xbox consoles.

SmartGlass started as a companion app for the Xbox Live edition. But the latest iteration of this app offers new features that allow you to get connected with your Xbox friends while on the go. It also allows you to control your Xbox One through seamless multi-device integration.

The Xbox One SmartGlass is a free app that you can download from the App Store. As a universal application, it will work perfectly with any of your available iOS device.

When you launch SmartGlass for the first time, you will be prompted to log-in to your Microsoft account. This is a necessary step in order to fully integrate the app with your Xbox console. After logging into your account, you can immediately access and control Xbox One from your smartphone or tablet.

The app’s home screen displays the featured games in your network and the live activity feeds of your gaming friends. You can access the app’s key features by tapping the triple bar icon located at the top left of the screen. The menu overlay will be displayed on screen so you can access your profile, One Guide, messages, game clips, Windows Store, and app’s settings.

Best Features of Xbox One SmartGlass

The app can transform your mobile device into a fully functional remote control. It integrates seamlessly with the Xbox console and set top box so you can browse TV shows and on-demand videos directly from your iOS device.

You can also use SmartGlass as a web browser while viewing the content on your TV. It allows you to use the keyboard for on-screen text input. This is a useful feature for typing the URLs of websites or when you are using online search engines. 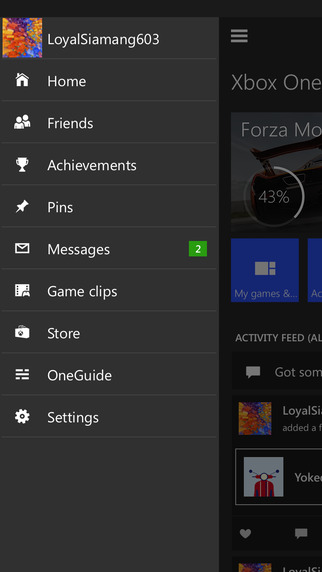 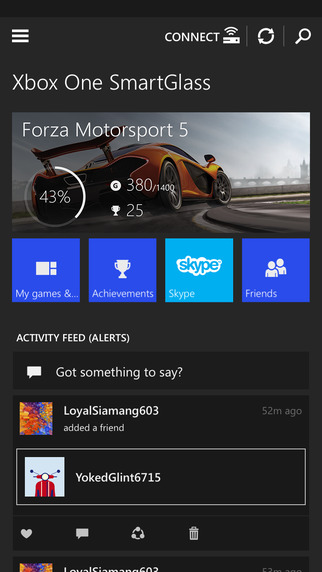 SmartGlass is a companion app for Xbox One. It allows you to control your Xbox from your mobile device. It also offers quick access to your Xbox network so you can stay connected with your friends even when you are on the go.