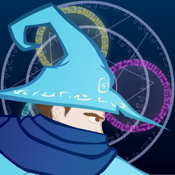 When you combine a side scroller with a little wizardry and magic you’ve got a recipe for success. In the past few years no franchise has been more popular than Harry Potter and games that can capitalize on that success have a great chance of doing well. Arcane Castle is the type of game that invokes childhood memories of castles and magic. This is your chance to be the magician you’ve always wanted to be, but you’re going to have to dodge a lot of monsters and ghouls in the process.  This app is available for purchase from the App Store at a cost of $0.99 and it’s compatible with the iPhone, iPad, and iPod Touch.

Side scrolling games have always been one of the more popular platforms in the App Store so there really is a lot of competition in this category. It helps if an app can latch on to a popular genre as a way of ensuring greater popularity. Arcane Castle has clearly attempted to jump on the bandwagon of magic that has swept the globe over the past few years as a way to differentiate itself from the pack. It’s a good idea but the actual game play in this one leaves a little something to be desired.

The biggest problem in this game is the lack of control you experience when playing the game. The reaction time to the controls leaves something to be desired and the weapons controls definitely leave something to be desired. The other issue is the lack of instructions – there are two different play modes but neither one of them are explained. You’re expected to learn this one completely by trial and error. This app will require 29.9 MB of available space on your IOS device. 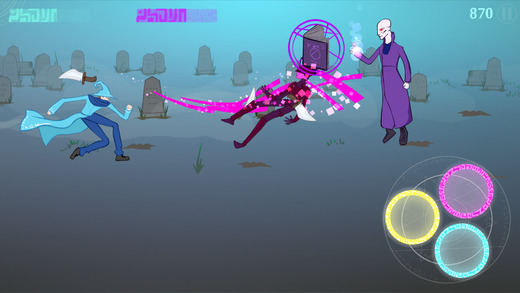 There are two different game modes in Arcane Castle: story mode, and endless mode. If you want to start playing right away without having to worry too much about the learning curve then endless mode is the way to go. In this mode the object is to jump over and slide under obstacles as you continually move forward from left to right. You’ll also have to defeat a lot of monsters along the way. To jump you swipe up on the screen and to slide, you swipe down. The weapons control is a little different – there are three magic circles for casting spells and to defeat each monster you have to makes sure you tap on the correct circle to cast the right spell. If it’s the right spell to defeat the monster in front of you the circle will glow as an indicator. It’s an interesting concept but it falls a little flat in actuality.

In story mode the controls are the same but you have to complete specific tasks to move forward through the game. It starts with your character attending magic school and learning how to cast spells properly. It has the potential to be a lot of fun it’s just too bad there isn’t any kind of tutorial you can check out before you get started. 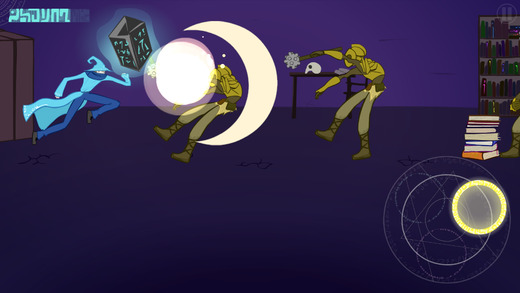 If you enjoy a good side scroller then you may find Arcane Castle worth checking out. It’s a fun little effort with a wizard theme which is bound to help its popularity. It’s just too bad the weapons controls weren’t a little better – it would make it a lot easier to recommend this one if they were.