Space Invaders Infinity Gene is a retro shooter game app optimized for modern iOS devices. It takes the classic Taito arcade game to a new and more exciting level. The game offers innovative evolutionary levels that offer new power-ups and more sophisticated weapons for your fighting ship. Developed by Taito Corporation, this app is compatible with iPhone, iPad, and iPod touch. It might just be one of the best classic arcade games adapted for the iOS.

Rediscover the Excitement of Space Invaders

The good news is that you can rediscover the heart-pumping shooting action of Space Invaders by playing the modern Space Invaders Infinity Gene. This app recreates the original scenario of the classic game. At the same time, it adds new and more exciting features to satisfy the tastes of modern gamers.

Infinity Gene lets you control a fighter spaceship to shoot down hordes of alien invaders. The objective of the game is to eliminate all enemy spacecraft so you can advance to the next levels. But before you can win a level, you have to defeat the evil Boss alien.

In Space Invaders Infinity Gene, you can unlock new weapons and develop extreme power-ups every time you overcome a level. Your spaceship evolves into a more powerful fighting machine when you defeat powerful Bosses.

The app offers simple game controls that allow superior maneuverability. By default, your ship is set to fire its cannons automatically and all you have to do is to evade the attacking enemy forces. You can control your spaceship by sliding it in any direction across the screen. 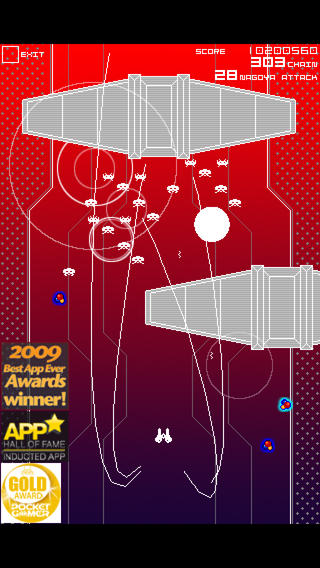 Space Invaders Infinity Gene offers a retro interface for its first level. When you load the game for the first time, you will be welcomed by a classic Space Invader scenario. This is a good feature for gamers who pine for the good old days of arcade gaming.

As you advance to the next level, the user interface takes a radical evolutionary turn. The app now offers a more modern interface with fast action shooting and ferocious enemy attacks. 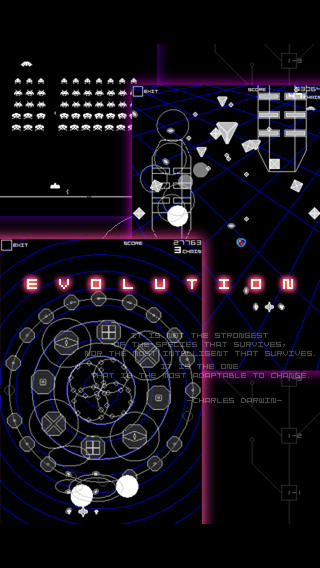 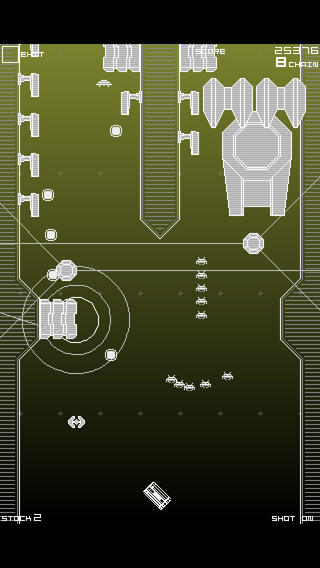 Fans of the original Space Invaders arcade game will surely love Space Invaders Infinity Gene. However, this app offers new features that are suitable for modern gamers. This is a must-have app for those who love the shooting game genre.