Dragon’s Lair HD is a classic action adventure game specifically ported for the latest versions of Apple’s iPad. This game supports high-quality Retina display with impressive 3D cartoon graphics. It retains the original storyline and offers easy to use on-screen touch controls. This app is compatible with the iPad and it requires iOS 3 or later versions.

Dragon’s Lair was originally developed by renowned Disney animator Don Bluth. It was the first arcade game that used three-dimensional hand-drawn animations. The game was a cult hit during the '80s with millions of loyal followers throughout the world.

You can now relive the full glory of Dragon’s Lair on your iPad with the release of the HD Retina-supported version. Offering stunning graphics and exciting storyline, this game will bring hours of solid entertainment for you.

Dragon’s Lair HD retains the storyline of the original game. In the iPad version, you assume the character of Dirk the Daring. Dirk is a sword-wielding medieval warrior who will do everything to save those who are in distress.

As Dirk the Daring, you have to enter the trap-laden castle of the evil Mordroc the Wizard. Your objective is to save a captive princess from the clutches of Mordroc.

But before you can find the princess, you have to defeat all the vile creatures and deadly dragons of Mordroc. You also need to avoid deadly obstacles and other traps.

You can control Dirk’s movement by using the virtual touch pad located at the bottom right corner of the screen. There is a separate attack button at the left side of the screen to control your hero’s sword movements. 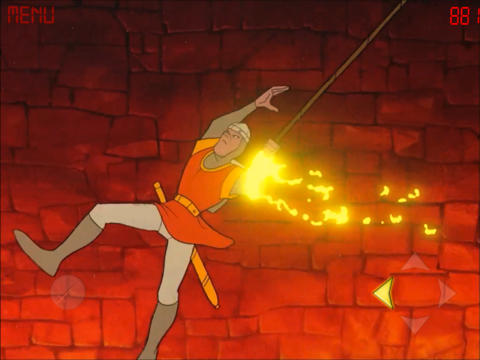 This game offers rich story-based levels. You have to defeat several enemy creatures before you can advance to the next levels. It involves exploring the dark and dangerous environs of an old castle with lots of pitfalls and traps.

To move your character the app offers on-screen touch pad and attack button. These virtual controls serve as your joystick to make Dirk run, jump, and duck. You can wield your sword and slash enemy dragons by tapping the attack button repeatedly.

The app offers a built-in animated instructions manual. If you are new to the game, just tap the Instructions menu to watch a basic tutorial of the game.

And lastly, the app automatically saves your scores and you can view them by tapping the High Scores menu. 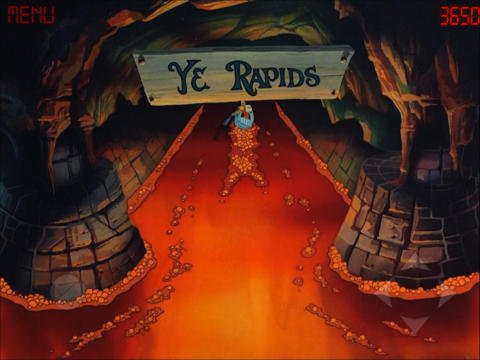 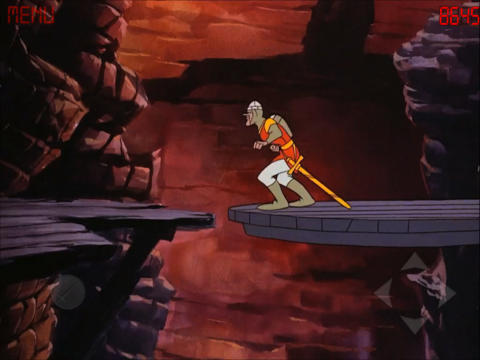 Dragon’s Lair HD is one of the best action adventure games for the iPad. This app recreates the classic gameplay and storyline of the original game. It offers hours of exciting adventures and fighting action.