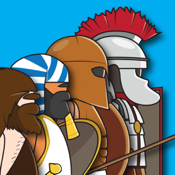 Run of Ages – Endless Arcade Runner is an iPhone and iPad game that will have you dodging obstacles and running from caveman through the Roman Empire. Take a journey of 8000 years in just a few minutes, and prepare for a lot of fun! This app is free, is 53.2 MB in size and does require at least an iPhone 5 for best usage.

No Levels, Only Running

Run of Ages is an endless running game that will have you running from prehistoric times through the Roman Empire. It's a very fun game that requires you to dodge obstacles, and beware of your life bar. Run out of life, you have to start over - back at the dawn of humans!

I like this style of game where you know what to expect. Start running, and avoid obstacles. Easy enough to understand. No surprises, but you will have lots of situations where you’re just not fast enough. This game will test your hand-eye coordination, and keep you on your toes.

The graphics are almost cartoon like, but very appealing to kids of all ages. It may be a simple game, but it's very addicting. 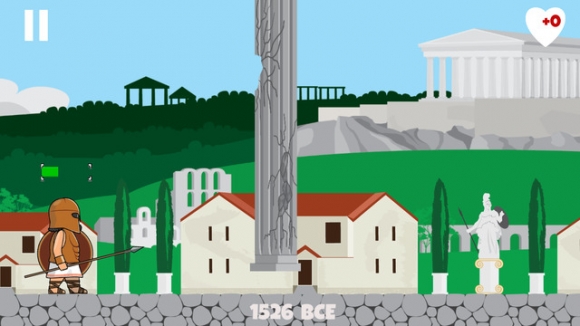 Run of Ages also provides a bit of a history lesson. I like this because history is a fascinating subject to me. You start in prehistoric times, then run through various ages spanning 8000 years. 1526BCE will have you in the Roman Empire, but you also get to see Ancient Egypt in 2659BCE, and cavemen in 6508BCE. I really enjoyed the various backgrounds, and how the objects to dodge changed as you went along too. The developers really did a great job in the details.

The characters also change. Not only will the background around you go from Ancient Egypt to the Prehistoric cavemen, but the character himself changes from a dude decked out in Ancient Egyptian attire to a caveman wearing a one shouldered animal skin garment. It was really fun to see how the characters would change as well as the background, and my kids found this hilarious. My youngest is almost three now, and she kept asking me to play the game so she could watch it change. She couldn’t get that far on her own, but thought it was entertaining as anything to watch me play. 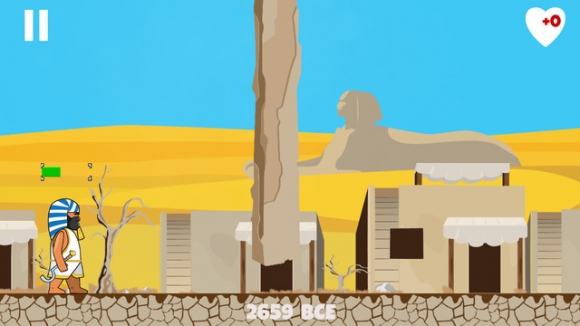 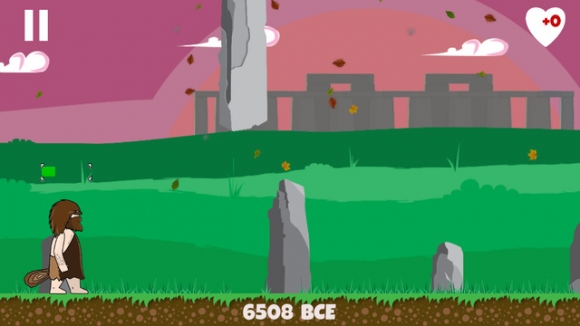 Run of Ages – Endless Arcade Runner is an iPhone and iPad game that is really fun for all ages. My kids all liked to play it, and I enjoyed it myself as well. All you have to do is avoid the obstacles, but as always, that’s easier said than done. I really enjoyed the background changes and character changes as well, as it meant that there was always something different to look at. Overall, a fun game that is versatile in when and where you can play it, and my kids liked it too. Well done. It's definitely a welcome addition and will get plenty of attention just like my iPhone arcade games.