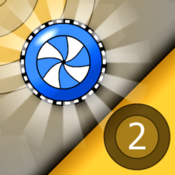 Hover Disc 2 - The Essential Multiplayer Game is an iPad game that will let you play with up to four players on one iPad. With the combination of the most exciting elements of boccia, billards, and ice stock sport, this game has an amazing multi-player experience.

A True Multiplayer Game on Your iPad

Hover Disc 2 is a true multi-player game on your iPad. You can play this exciting game that combines the elements of boccia, billards, and ice stock sport with up to four players on one device. You can capture score-areas, place your discs as perfectly as you can, and then kick your opponent’s disks out of the targets to take their score down. While the game is most fun when you’re sitting at the table face-to-face, you can alternatively find an opponent to match up through Game Center.

My kids liked playing this, as it was reminiscent of playing air hockey at the arcade. There are a lot more obstacles, and while it reminded my son of this game, it was also like playing curling or Crokinole. You get a photo in your corner with the frame of your game piece color. For example, if your photo has a blue frame, you are the blue disks. 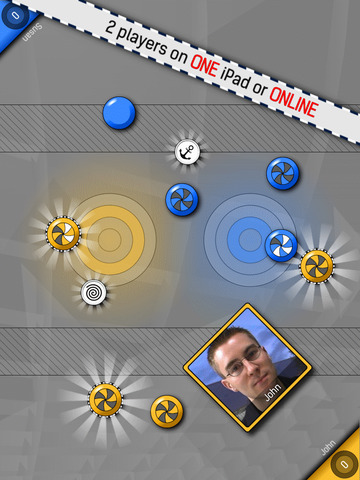 Hover Disc 2 has many functions in the game that include two players on one iPad and four in the PRO version as mentioned above. You can do online duels via Game Centre for two players, and there are 11 different power-ups! Eleven! That’s a lot of power-ups!

There are different game boards to play on to change up the look of the game, and you can even change the soundtrack to suit your current mood. It’s a family-friendly game, but there are chat options. If you don’t want your kids chatting online, make sure that you monitor this feature. Additionally, you can find players on Game Center if you don’t have a friend at hand, which means that you can check the leaderboards if you are curious about other achievements as well. 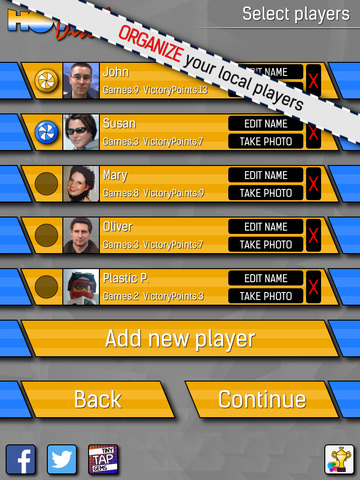 Hover Disc 2 - The Essential Multiplayer Game is a great multi-player game for the iPad. You can play up to two people per iPad in the free version, and up to four in the pro version. If you don’t have anyone sitting across the table from you, then you can look up a player on Game Center. I really like this game because it is designed to play at a table together. Rather than sitting there playing multiple devices on multiple games, you can load this one up and play together. Overall, I really liked this game, how easy it is to play, and how much fun it was to play together on one device taking turns.