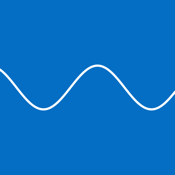 If there’s one category of apps that may seem a little oversaturated it’s got to be the alarm clock section as there are quite literally hundreds of them. Many of them come loaded with lots of extras such as soothing wake-up sounds like the crashing of waves and sunset pictorials to complete the setting so it’s not easy for a newcomer to get them noticed in this category. To get noticed an app needs to offer something unique and useful to the end user, and that’s exactly what the developers of Wave Alarm Clock have attempted to do. Unfortunately they haven’t quite pulled it off.  This app is available for purchase from the App Store at a cost of $0.99 and it’s compatible with the iPhone, iPad, and iPod touch.

Most people have some pretty basic needs when it comes to an alarm clock. They want something that works without fail so that they always wake up at the desired time, and they also want something simple, preferably with nice big digits that are easy to read when you’re a little bleary-eyed from sleep. The problem with Wave Alarm Clock is that it doesn’t really conform to these standards at all. This is a very different type of alarm clock; not that different is necessarily a bad thing, but in this case it simply doesn’t work.

This is an app that will really leave you scratching your head a little bit wondering what the point is. It’s not like it’s full of ads or anything like that, it’s just that it isn’t the most user-friendly of alarm clocks at all although the developer bills it as the simplest alarm clock to use in the world it just isn’t the case. There are instructions that suggest it’s a very simple little app, but the reality is something entirely different. When you consider that there are a lot of free alarm clock apps available in the App Store it’s difficult to justify paying for an app that just doesn’t deliver. This app will require 4.6 MB of available space on your iOS device. 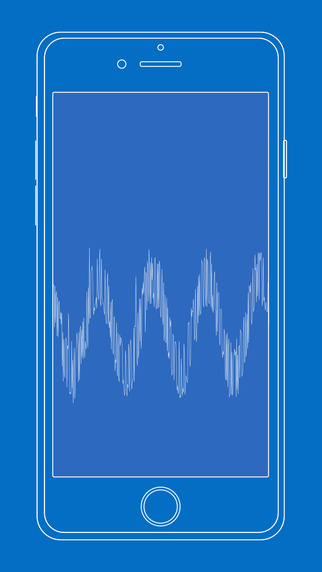 The concept behind this alarm clock is very simple: the time moves in a wave from the top to the bottom of the screen. At the top of the screen you start at 0 hours which would be the hour after midnight ending at the bottom of the screen which is 24, the stroke of midnight. To set an alarm you’re supposed to simply swipe the screen from right to left to set the desired alarm time but the problem is it simply didn’t work for me. The other strange thing about this one is that by default there is no digital display – simply a line across the screen approximating the point on the screen that represents the particular point in the day.

If you want to see an actual digital read-out of the time you can by simply tapping on the wave, but nowhere in the instructions is this explained to you and I found this out by sheer blind luck. The same is true with the Settings section, when you tap on the screen a little Settings wheel will appear in the bottom right-hand corner of the screen. In Settings you can choose to turn on a scale that will display the 24-hour clock or you can leave this turned off and all you will see on the screen is the wave line across an empty blue screen. 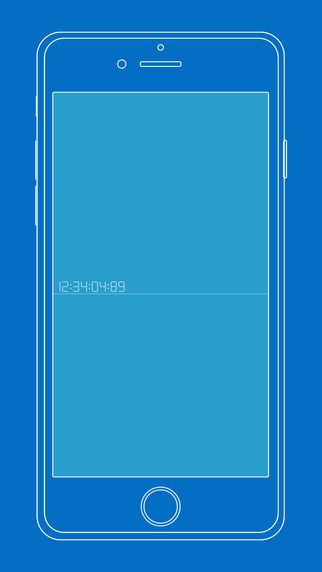 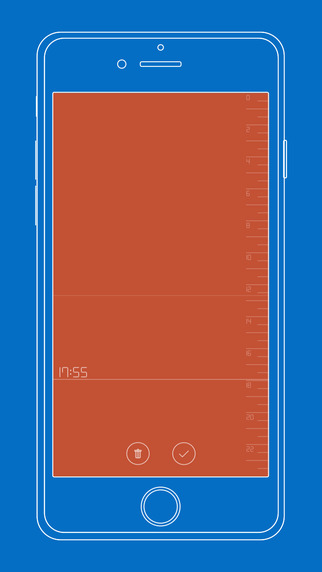 With the abundance of great alarm clock options available in the App Store it’s difficult to justify spending money on one that isn’t user friendly. Unfortunately Wave Alarm Clock simply doesn’t measure up to some of the better alarm clock apps out there. If you’re looking for a great alarm clock, I suggest you keep looking.