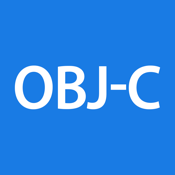 When you think about powerful programming tools it’s likely you’re not giving much thought to an iPad or an iPhone, but that doesn’t mean there aren’t powerful tools available to you within the App Store. It’s just not something we’re expecting to find. Apps are often developed using powerful program languages so it stands to reason that an iOS device could also serve as a programming tool for developers and just about anybody who’s ever felt the programming bug. The Objective-C Programming Language app brings powerful programming capabilities to your iOS device. This is a free app and it’s compatible with the iPhone, iPad, and iPod touch.

The best iPhone apps for spreadsheets

Apps that provide powerful programming tools are extremely rare in the App Store: it's one application for which PCs have remained the dominant platform. The reasons for this may be debatable but what is clear is that there are tools available that will allow programmers to use their iOS devices to create actual applications. It represents a revolutionary use for a smart phone or tablet and it seems we really have arrived at the point where we can use these devices for just about anything.

The best iPad apps for programming

The thing I really liked about this app is that it acts as a teaching tool as well so even if you’ve never done any really programming before you can use this app as a tool to get started. What doesn’t work very well in this app is the way you are introduced to the application. When you first open the app the first thing you’ll see is a bunch of programming language, which, for the newbie, is bound to look like gibberish. Once you explore the application for a couple of minutes it becomes clear that this initial piece of programming language is a sample program to show you how programming works, but this is never really explained to you. The understanding of programming languages is not something that comes easily to most of us so it’s something that bares a little explanation. This app will only require 0.9 MB of available space on your iOS device. 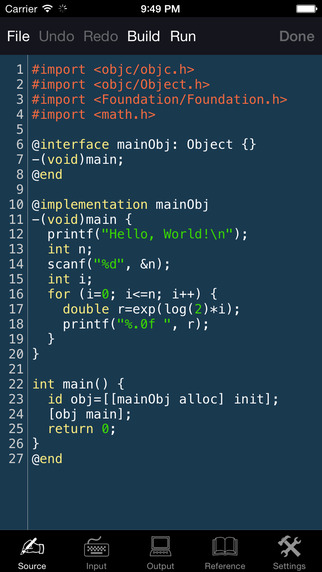 This app features a typical programming language interface but it really is more of a learning tool than an actual application for creating standalone programs, but it will allow you to input and save programs. So if you’re already familiar with programming in the C language go ahead and give it a try. If on the other hand this is all a little new to you it’s probably best to start with the reference section which you’ll find in the menu at the bottom of the app. This section contains a rich list of resources that will provide you with all the tools you will need to get yourself started. The only problem is that there’s so much information there it’s hard to figure out where to start. There’s also a settings sections in the app, but this seems to be simply a link to in-app purchases: apparently you have to pay to compile programs from within the app although it's only $3.49 for unlimited access.

The best iPhone apps for programming-2021 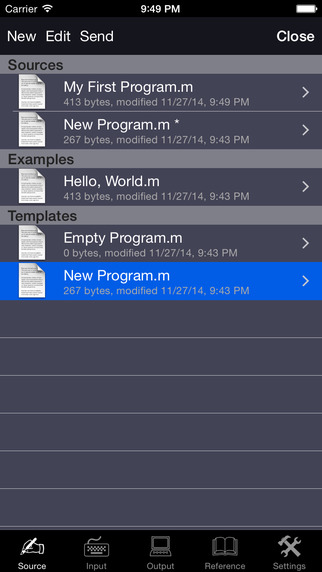 The Objective-C Programming Language app is quite unique as this powerful little app allows you to explore the C programming language right on your iOS device. As an added bonus it includes a rich resource library to help get you started. If you’ve ever wanted to learn how to program this is an app you simply must take a look at.