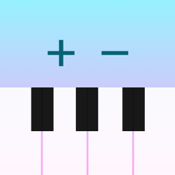 When we think about calculators what comes to mind is a useful but unremarkable tool. If we’re sitting at home working on the monthly bills a calculator will probably come in handy, but in general we don’t give them much thought. After all calculators are pretty standard – they usually perform some basic math calculations so you don’t have to work them out in your head. Some of them can perform some pretty advanced scientific calculations, but there basic functions don’t vary too much. Classicalc is a completely different kind of animal. This innovative calculator introduces a musical note to your basic calculator functionality – it’s an interesting twist on a very common tool. This app is available for purchase from the App Store at a cost of $0.99 and it’s compatible with the iPhone, iPad, and iPod Touch.

Math and music aren’t two things we normally associate with each other. One is usually associated by most of us with work and the other with pleasure. It’s not hard to figure out which is which. The developers of Classicalc have chosen to change all that, and with all the calculator apps available in the App Store, it’s an innovative way to separate yourself from the pack. It’s also a pretty decent calculator to boot.

The best piano apps for iPhone-2021

There is just one issue with this calculator. It doesn’t really have a clear button in the traditional sense. Most calculators have one button that will clear the previous calculations entirely at the touch of a button. There is no such button in the Classicalc app. This app relies on a sort of back button instead. It’s a curious omission. You will need at least 12.9 MB of available space on your IOS device to run this app. 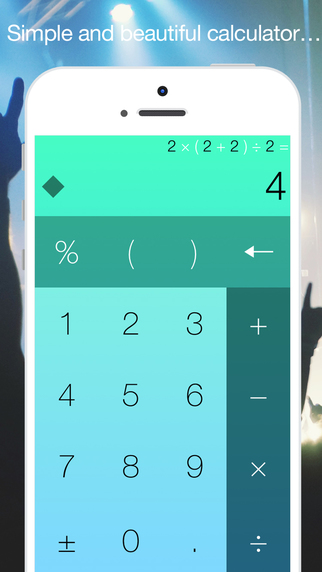 Classicalc has all the basic functions that you’ll find in any standard calculator. It will perform addition, subtraction, division, and multiplication. The layout includes a large easy to read number pad and all the functions are lined up neatly down the right-hand side of the number pad, as well as some that are above the number pad. The formulas and results of your calculations are displayed at the very top of the apps screen. All of this is pretty standard stuff in a calculator app, but that’s where the differences end.

In Classicalc every time you key a number or choose a math function the app plays a musical note that makes it sound like you’re playing the piano. In fact once you get the hang of it with the right combination of numbers and calculation buttons you can learn to play a little tune. As an added bonus it calculates pretty well as well! There’s also a diamond shaped button in the top left corner of the app as well that allows you to change the color theme of the calculator and when you slide this button to the left it will play a crazy little tune as well. There’s no doubt that this is probably the most entertaining calculator you’ll ever find in the App store. 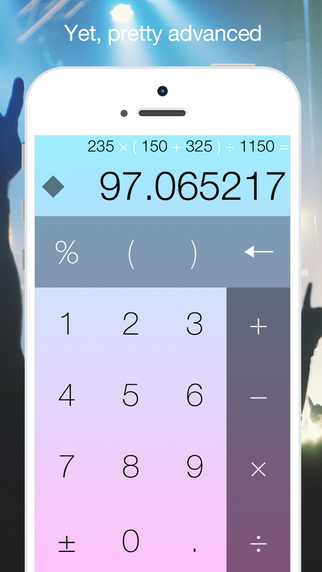 Classical may be the coolest calculator you’ll find in the App Store. Not only does it perform basic math calculations, it allows you to play a little piano as well. It makes working out the bills a whole lot more fun.