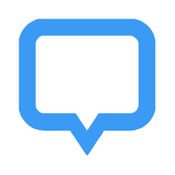 Map’s Up - What’s Up at Any Place app review: anonymous socializing and networking with maps

Social networking is an integral part of our daily lives, and promises to become even more pervasive in the coming years. Most social networks feature a continuous news feed that provides us with a lot of information or keeps us up-to-date with everything that’s going on in our friends and family's lives, but they don’t really concentrate on providing us with a visual representation of where people are or where they’ve been. Map’s Up - What’s Up at Any Place is a social networking tool that’s fully integrated with mapping technology as a navigation tool, and it allows you to socialize in a completely anonymous atmosphere if you so choose. This is a free app and it’s compatible with the iPhone, iPad, and iPod touch.

The best destination map apps for the iPad

Using mapping technology as a vehicle to drive a social media app is not the sort of thing you come across everyday: it’s quite unique. It’s this distinction that gives Map’s Up - What’s Up at Any Place a bit of a leg up on the competition. It’s not easy for a newcomer to compete with the likes of Facebook, Twitter, and Instagram; it definitely needs something to differentiate itself and in that sense this app is a great success. The real question to ask though is does this app fulfill a real need that simply hasn’t been satisfied before, or is it just another one off gimmick. In this case Map’s Up - What’s Up at Any Place really does have the potential to provide a useful service to its users that simply hasn’t been satisfied before.

One thing I really liked about this app was its comprehensive set of instructions. There’s a full Help section that will answer pretty much any questions you have which is great to see as it’s not as common as you might think. The only major drawback you’ll run into with this app is that there aren’t really a lot of people using it yet. After searching around all of North America on the built in map for users, I found there really weren’t very many. Some of the major cities have some users with some useful comments, but you live in a smaller center you might have difficulty finding any relative content. This app will require 6.5 MB of available space on your iOS device. 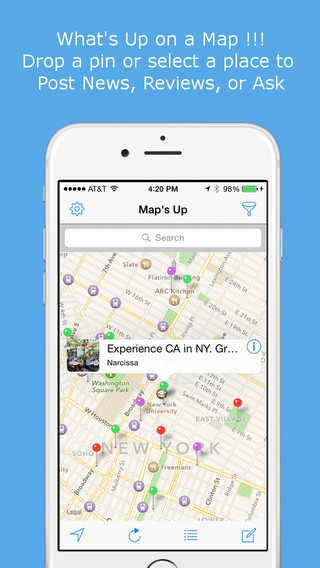 When you open Map’s Up - What’s Up at Any Place you’ll see what looks like a standard map interface similar to Google Maps, but there is a little more going on in the background with this app. If you search round the map eventually you’ll notice pins that you can interact with. These pins represent comments or reviews that other users have left about a local hotspot; this could be a restaurant, a nightclub, or countless other places. It’s a great way to find out what a restaurant you’ve wanted to try is like without having to go there first. If no one’s left a comment before and you want to leave one yourself all you have to do is type the name of the hotspot in the search bar at the top of the app and you’ll then be given a list of locations near you. Leaving a comment is as simple as tapping on the info button that appears next to the name of the place. You can post a comment as a review or as a news item. If you tap on someone else’s pin you can view what they have to say about the place.

The best Orlando apps for iPhone 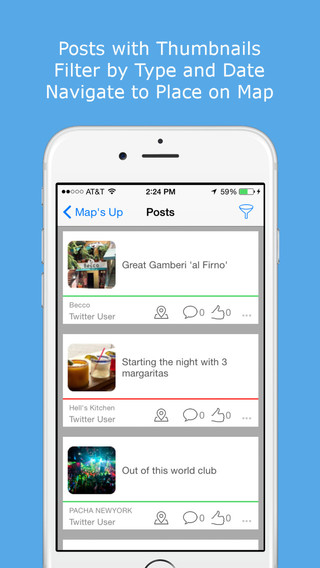 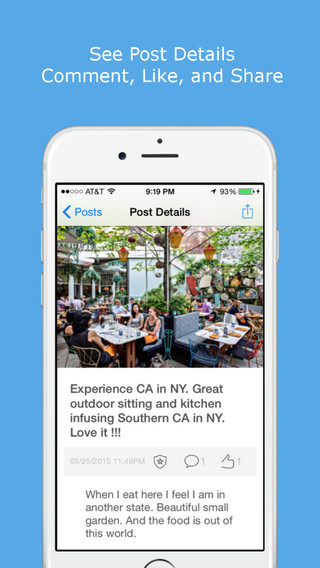 Map’s Up - What’s Up at Any Place is a great combination of mapping and social media tools. If you’re looking to discover what a place is like before visiting this really is a great tool. The only major issue, and it is a big one, is that there simply aren’t a lot of people using this app yet. If you don’t mind being an earlier adopter then you should definitely give this one a try.