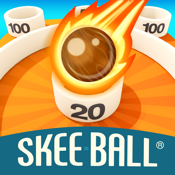 County Fairs, Arcades and Roller Rinks used to house one of the most-played childhood games: Skee Ball. The Skee Ball Arcade app takes the basics from yesteryear and gives them an updated digital twist. Technology can sometimes remove the challenge from older games, but Skee Ball Arcade has taken a classic and reintroduced it to increase the challenge never dreamed of before. Let's examine to see if it's one of the best arcade games for iPhone or iPad.

Though nothing can replace the feel of the ball in your hand, the Skee Ball Arcade app more than makes up with it by introducing stunning graphics, ingenious game boards, and games unique to Skee Ball Arcade app alone: Galaxy, Basketball, Canada and Pinball, to name a few. The challenges increase in difficulty and all levels can be amped up by adding power-ups. Each level increases in difficulty but provides achievement awards. These awards allow you to unlock content that you cannot get ahold of any other way. Remember hogging the games at the arcade with your buddies? Try it digital style and invite your friends to get dozens of games going at once. You can use Twitter, Facebook, or SMS to connect with family and friends to invite them to join in the fun. 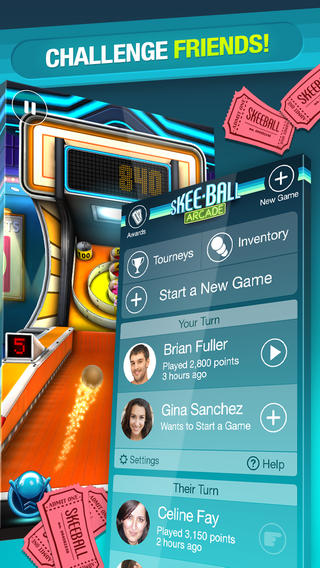 Basic Skee Ball premise aside, these games are so far beyond the original game, but in a great way. Skee Ball Arcade adds the entire world to your gameplay with challengers from across the globe. You can compete in massive daily tournaments in which you and your opponent/opponents compete for unique prizes. This high-stakes tournament will take you to a frenzied fast play in the fight to crush your opponent.

You can even chat via in game iMessaging to encourage or even taunt whoever you are playing against. An absolutely safe and fun app, it is appropriate for adults and children of all ages. There is no longer a need to hunt for quarters are get a ride to the fair to play a game of Skee Ball. Skee Ball Arcade app is available to you 24/7 on your iPad, iPod touch, and iPhone (running iOS 6 or later) so you can play at any time of day or night. 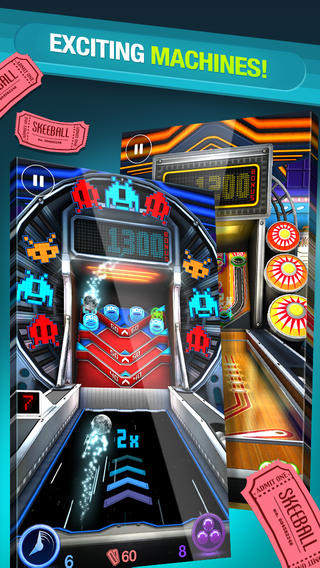 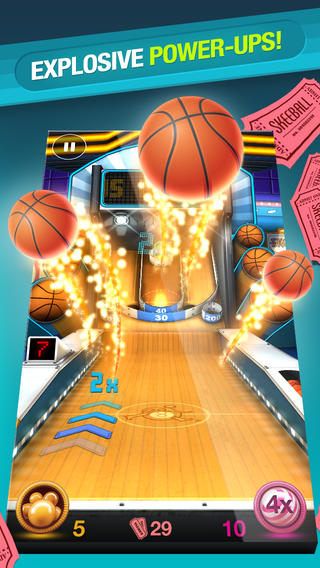 As technology sneaks in and takes over some of the more simple things in life, it is good to see an app like Skee Ball Arcade keep the basics and enhance them a bit. Introducing unique boards, tournaments and more, Skee Ball Arcade app has enhanced but not destroyed the Skee Ball of old. Skee Ball has no chance of disappearing like so many others do, thanks to this app. You may not have the touch and feel of the old Skee Ball games but the soul is there and so is the joy of victory.