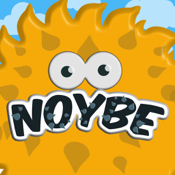 Noybe app review: take out as many balloons as you can

There is a certain set of ingredients that go into any successful app game. It needs to be entertaining of course which generally includes captivating graphics and a soundtrack to match, but it also has to include intuitive and addictive gameplay. This winning combination is much rarer than you may think: there’s a ton of games that simply fall flat. Noybe is an interesting effort that certainly has a lot of these ingredients, although I wasn’t sure of it at first it really grew on me. Noybe’s a creeper that will have you addicted in no time. This is a free app and it’s compatible with the iPhone, iPad, and iPod touch.

The one thing that all of the most successful App Store games have in common is that they introduced something new. Temple Run gave us some of the most action-packed and innovative endless running action ever, Angry Birds made firing cartoon birds with a slingshot all the rage, and Flappy Birds challenged us to tap our way through obstacles. These games were something different from the standard efforts that had come before them. By this measuring stick Noybe stands up quite well. This game will challenge you to use your devices built in accelerometer like you never have before.

There are a couple of disappointing drawbacks to this one though. Unfortunately it does contain ads in the form of banner ads along the bottom of the screen, but there aren’t any pop-ups, which is a big plus. The banner ads are little more than a minor annoyance. Also there aren’t really any instructions in this one. There’s one little explanatory image at the beginning of the app, but that’s it. This app will require 34.5 MB of available space on your iOS device. This is a game that really grows on you: the more you play it the more you’ll want to play it. Noybe is a cute little character that kind of looks like Sponge Bob having a bad hair day, and he just doesn’t like to stay still. Your job is to make sure he doesn’t move so fast that he falls past the popped balloons and off the game board. It’s a lot more difficult than it sounds.

You control Noybe by tilting your device back and forth. The quicker you tilt the device the quicker he’ll move so be careful or it’s game over. The blue balloons are standard, but there are also question mark balloons that will give you a mystery bonus as well as other bonus tiles that can double or triple your point count. This game has just the right amount of challenge to it, but with practice you will get better. It’s also Game Center compatible so you can see how your best compares to others around the world. 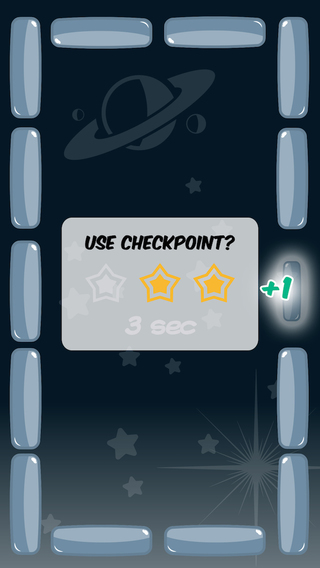 If you’re looking for the next big thing in games from the App Store Noybe probably won’t disappoint. This one combines innovative game play, a cute character, and fun sound effects in a winning package. You’ll definitely want to give this one a try.