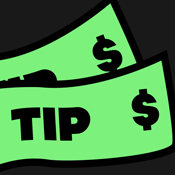 Tip & Split app review: quickly and easily figure out how much to tip

For anyone who dines out on a regular basis you’ll inevitably get to the point where it’s time to figure out the tip. This might be further complicated if you’re out to dinner with a bunch of friends: how much should each of you pay? Do you split the tip evenly or should one of you pay less than the other because your part of the bill was less? These shouldn’t be complicated questions to answer, but why create friction between you and a friend because you couldn’t agree on who pays what? With the Tip & Split app you can quickly and easily figure out what each of you should be paying and avoid any potential arguments. This is a free app and it’s compatible with the iPhone, iPad, and iPod touch.

The best iPhone apps for tipping

There are dozens of tip calculator apps in the App Store and they all have similar features, so what makes one app better than any other? The best ones are simple to use and cluttered up with too many bells and whistles. If you’re using an app to help you figure out a tip, you want something easy to use that will give you the answer in a second or two. Tip & Split ticks all of these boxes. It’s easy to use and it includes all the features you’ll need to make sure you leave the right tip.

The best iPad apps for tipping

The great thing about this app is that it helps you to divide up a tip amount amongst multiple people: most tip calculators only give you the total tip amount so this is a great extra feature to include. This app is also completely free of ads and the developers don’t attempt to talk you into other in-app purchases. The only real issue with this app is that the user interface is a little dingy: the screens got a sort of greyed out effect going on which isn’t really that pleasing to the eye.  This app will require 3.1 MB of available space on your iOS device. 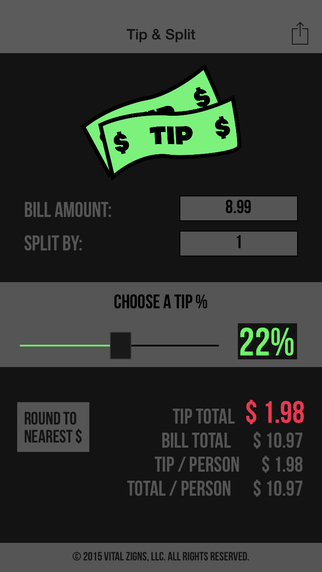 This is a pretty simple app to use: all you do is enter the total amount of the bill, the number of people who are splitting the bill, and the percentage of tip you would like to pay. The tip percentage can be set anywhere between 10 and 35%, and you set it using a simple slide bar. The app will then automatically calculate the tip total, the bill total, the tip per person, and the total amount to be paid per person. It’s a simple and intuitive layout that doesn’t leave anything to chance. The only thing that might improve it would be if you could enter how much of the bill belongs to each person: it’s not unusual for each person to purchase dinners that are different prices. 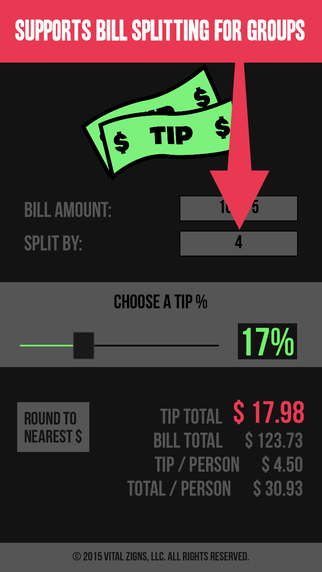 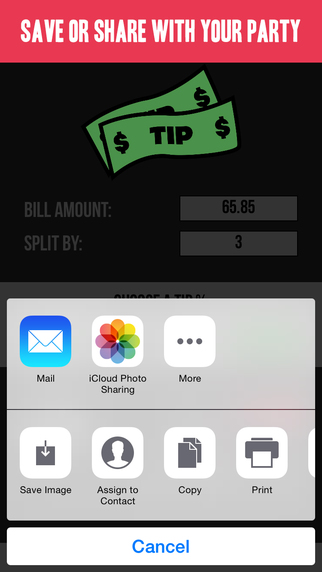 If you’re looking for a simple but effective app for calculating tips when you dine out Tip & Split is a great choice. This app allows you to quickly calculate a tip amount and will even allow you to figure out how much each person in your party should pay. This is a must-have app for anyone that dines out frequently.