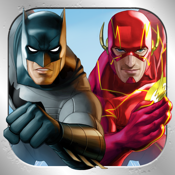 Batman & The Flash Hero Run is a free-to-play runner game reminiscent of the ever popular Temple Run. This time, however, you assume the characters of two famous DC heroes: Batman and the Flash. You either run as Batman or the Flash in an impressive 3D environment. Your aim is to avoid obstacles while shooting down incoming enemies. Developed by Gree, this app is compatible with iPhone, iPad, and iPod touch.

Arcade running games are very exciting. It requires quick reflexes and good eye and finger coordination. But when you add superheroes to the equation, then the genre becomes more interesting.

In Batman & The Flash Hero Run, you are responsible for the two characters. There is a simple storyline that provides context to the game. In the Batman mode, you have to save Gotham City from the evil intentions of Joker. Meanwhile, you will find yourself inside Gorilla City when playing the Flash. Your aim is to defeat all gorillas who want to rule the world.

The app allows you to choose between Batman and the Flash at the start of the game. Choosing either takes you to the running platform and in this case, either on the streets of Gotham or Gorilla City.

The artwork of the game is impressive and rendered in 3D. It is almost a first-person runner with the hero right in front of you. There are three lanes on every street with obstacles. You need to switch lanes, duck, slide, or jump to avoid the obstacles. When an enemy approaches, you must shoot it with whatever weapon you have.

You can win the game by defeating the Boss, also known as the Joker or King Gorilla. The game is exciting and it gives you several options to upgrade your weapons and characters. 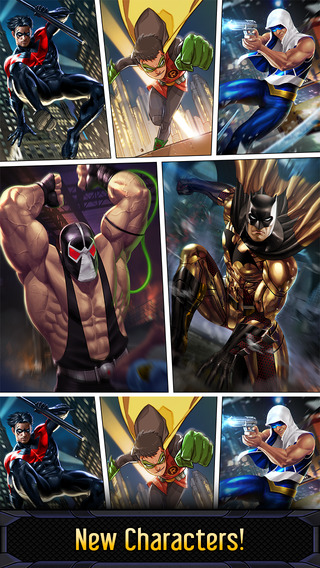 The game offers several challenging levels. Each level has a Boss Battle which is quite difficult. You can start with the easy mode which offers fewer obstacles and enemies. It becomes more difficult as you progress through the higher levels.

The app allows you to pick up gold coins while running through the streets. You can use these coins to upgrade your weapons. Coins can also be used to unlock extra characters or for buying power-ups for your heroes. 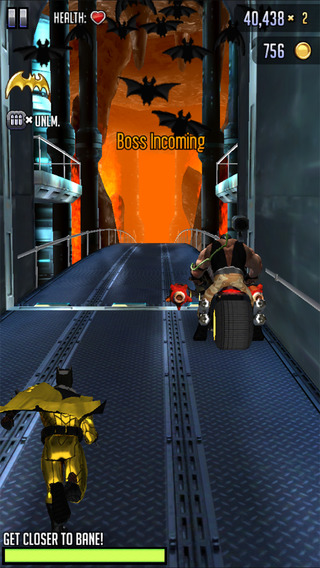 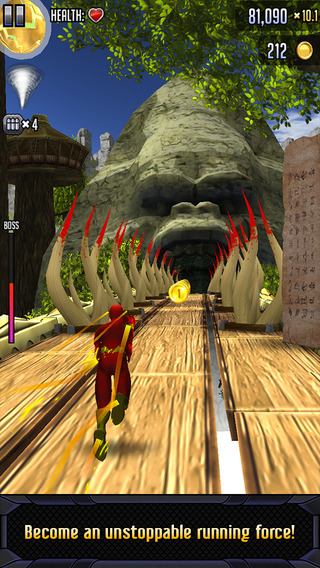 Batman & The Flash Hero Run offers a challenging running game. It allows you to control DC heroes to fight the evil plans of Joker and the King Gorilla. This is a decent game that offers hours of exciting gameplay.