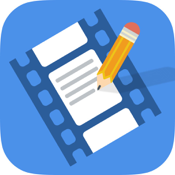 Scripts Pro by Inkless Ideas LLC is an app that lets you create, edit, and review your screenplays from your iOS device.

It was listed in Apple’s New and Noteworthy, Apple’s Top 100 iPhone and iPad Productivity Apps, and was listed as movieScope Magazine’s Best Filmmaking Apps.

The app was specially designed for television and film screenwriters to include standard formatting and editing capabilities. You can import, export, and preserve your formatted Textm, Final Draft 8, and Celtix files.

The app has no clutter so you’re not constantly distracted; you can just concentrate on writing. You can use elements like the Tab button, easy element switching, scene rearranging, suggestion pop-ups, and more.

Anything you write is automatically saved to the cloud and stays synced across your devices. If you want, you can export and import with email, iTunes Transfer, and Dropbox.

Read scripts like you would in iBooks: use the page navigator and page numbering.

More great features include Bluetooth keyboard support, AirPrint support, and universal use across all your devices. If you have any questions or comments, developers are there for you.

Scripts Pro was updated to Version 3.2.1 on December 12, 2012. The update made several changes and improvements. The current version has 75 ratings with an average of 4.5 out of five stars.

Not being a scriptwriter, I can’t comment specifically how great this app is, but from cruising around and checking out its features, it seems like a well-rounded, well-thought-out app.