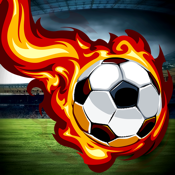 Superstar Pin Soccer by Zeepo Games Ltda is a fun little soccer game that utilizes the touchscreen capabilities of your iPhone or iPad to create a unique gameplay experience. This is not a game in the style of your realistic soccer games like the one produced by EA Sports; it’s more of an arcade type game with simple rules that can be mastered in a matter of seconds. If you’re looking for realism this is not the game for you, but if you want to have a little fun this one won’t steer you wrong. This is a free app and it’s compatible with the iPhone, iPad, and iPod touch.

Score Goals from Pin to Pin

Superstar Pin Soccer is a very unique game. Most soccer games feature simulated players, and generally try to look as real as possible, but not this one. This game involves a lot of strategy: it’s all about playing the right angles. In this sense it’s similar to a game of Foosball or even a game of pool. It definitely has more in common with these games than the FIFA games produced by EA sports. There aren’t a lot of games like it in the App Store.

Unfortunately you will have to put up with full-paged ads after every second or third game, and they’re the kind that you can’t just simply close because you’re forced to watch the full ad. There are no instructions either, so it takes a bit of trial and error to figure out how the game works. It’s a lot of fun once you know what you’re doing, but it’s a little frustrating getting there. The app also includes in-app purchase. This app will require 53.1 MB of available space on your iOS device. 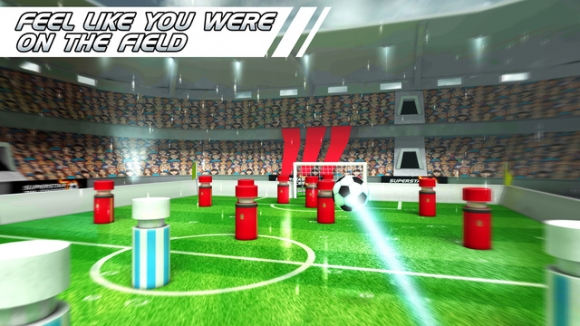 The graphics in this one are pretty well-done, and the sound track recreates realistic crowd noises to get you in the mood of the game and there’s uplifting music in between games. The idea is to use the pins, which are placed strategically around the pitch in place of players, to redirect the ball into the opposing net. It’s definitely more difficult than it sounds. Each player takes turns attempting to score goals so you have to take each shot carefully because if you leave your net exposed your opponent might have a clear shot at your net.

You can choose to play in the Brazilian league cup or European leagues, but only the Brazilian league is unlocked in the free version. To access the European leagues you’ll need to buy them with an in-app purchase. As you win each game you will progress your way through the cup with the ultimate goal of winning the title, but games do get more difficult as you go. This is an addictive game involving a lot of strategy that will keep you coming back for more. 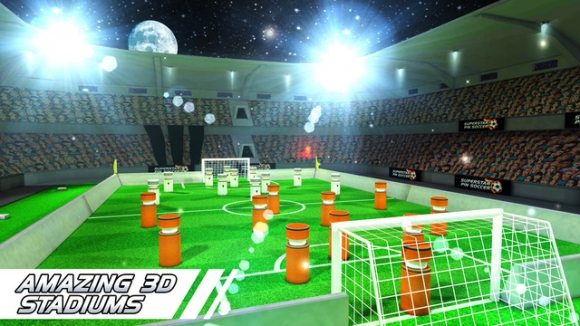 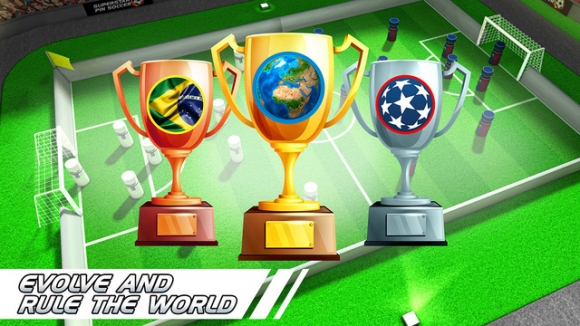 If you love the game of soccer then Superstar Pin Soccer will be right up your alley. This fun little game features arcade themed action and a whole lot of strategy. This is a must-have for the soccer fan.