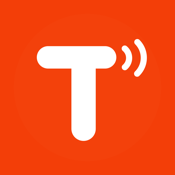 Tings – Dare to Voice by Beijing MIC Technology Co., Ltd is a social networking tool that lets its users provide anonymous voice snippets of whatever is on their mind at the time. It features fun voice over effects to further ensure your privacy, and different wallpapers to enhance your posts. With the popularity of social networks today developers are always looking for the next big thing and this is an interesting idea but unfortunately it doesn’t quite live up to the standards of Facebook and Twitter.  This is a free anonymous chat app and it’s compatible with the iPhone, iPad, and iPod Touch.

The best iPhone apps for Tinder

If an upstart social networking app is going to compete with the big boys like Facebook and Twitter it needs to provide the user with something they feel they just can’t live without. Before Facebook came along we got along just fine, but now that it’s an integral part of our lives most of us can’t imagine living without it. This is the measuring stick by which all social networking apps are measured and unfortunately Tings – Dare to Voice just doesn’t quite cut it.

First of all, your voice recordings are limited to 11 seconds and you generally can’t say anything too profound in 11 seconds – it makes for a pretty disjointed conversation. Yes Twitter posts are limited to 140 characters, but this simply isn’t the same. Short written quotes are a lot easier to follow than short voice recordings.  The feed is graphically appealing and the new feed does scroll smoothly, it’s just that the conversations on this social network aren’t very engaging. This app will require 40.4 MB of available space on your iOS device. 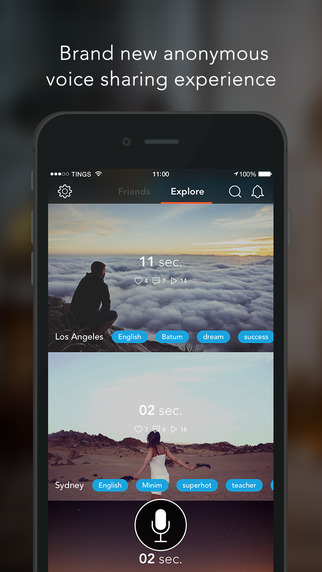 When you run this random chat app for the first time you’ll be asked to register which you can do by entering your email address or your phone number. A notice of verification will then be sent to you to complete the registration. After that you can let the app search through your contacts to see if you have any other friends already using it, if not you can invite them if you like. This whole process only takes a couple of minutes and then you can get started using the app.

There are two main feeds: the first features your friends, and the second allows you to explore the posts of users across the globe. To add your own post you simply tap on the mic button that always appears at the bottom of the feed window and then tap and hold the microphone on the next page while you say your peace. Then all you have to do is tap on publish and your post goes live. It’s a simple process – it just isn’t an app that I think most people will get a lot of mileage out of. There aren’t a lot of early adopters on this one so the user base is limited and from what I’ve discovered is that most of them don’t have anything profound to say. 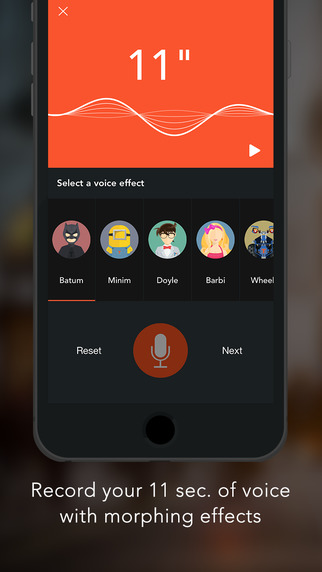 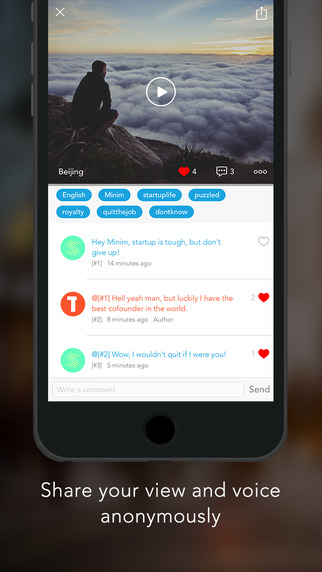 Social networking has become one of the greatest phenomenons in our culture. Most of us are on either Facebook or Twitter, and many of us or on both so we’re always intrigued when a new social networking app comes out. Tings – Dare to Voice is a new social network that encourages you to create short voice posts that are only eleven seconds long. Unfortunately you can’t generally say anything too profound in eleven seconds and a quick scan through the postings in this app confirms this. On top of that it doesn’t have a very extensive user base yet. This app needs a lot of improvements before it will be able to compete with the likes of Facebook and Twitter.