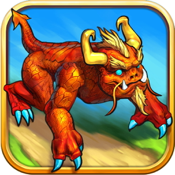 Royal Defense: Invisible Threat is a classic tower defense game that offers a good collection of towers, spells, and power ups. Your objective in this game is to defend your kingdom from hordes of attacking trolls and monsters. You can only do this by building towers with different firepower. Developed by 8Floor, this game is compatible with iPhone, iPad, and iPod Touch.

If you are an avid fan of tower defense genre, then you should seriously consider adding Royal Defense to your collection. This game offers intense gameplay with impressive graphic arts and nice sound effects. It follows the classic style and play mode of the genre.

In Royal Defense, you are the commander of Dwarven Castle. It is your job to defend it from hordes of attacking enemies by carefully balancing your resources so you can put up more defensive towers.

Gameplay is pretty much similar to other tower defense games. At the beginning of your adventure, you will find yourself in the middle of a war zone. Trolls and monsters are on the prowl and they are poised to attack your main castle.

You have to build towers on strategic places around your castle to frustrate waves of enemy troops. This game requires you to think strategically. You need to find the perfect tower combinations so you can muster enough firepower to defeat the enemies.

The game rewards you with points for every troll you kill. You can then use your points to upgrade your towers’ firepower. As you advance through different levels, upgrades become more expensive. Your resources may not be enough to buy more powerful weapon systems. This is where the optional in-app purchase comes into the picture. The app offers loads of gem packs and you have the option to purchase them if you want a quick upgrade for your defensive towers. Royal Defense offers a decent storyline that is typical in the tower gaming genre. It puts you in command of the good guys who need to build towers to defend the castle. You are faced with formidable enemies and you can defeat them by putting up a credible defense.

This game offers intense gameplay. The troll army is incredibly brutal and they will attack your positions in waves. You have to quickly build strategic towers in order to prevent the trolls from overrunning the Dwarven Castle.

Royal Defense offers impressive graphics that can match the look and style of more popular titles. The art work is clear, crisp, and suitable for Retina display. 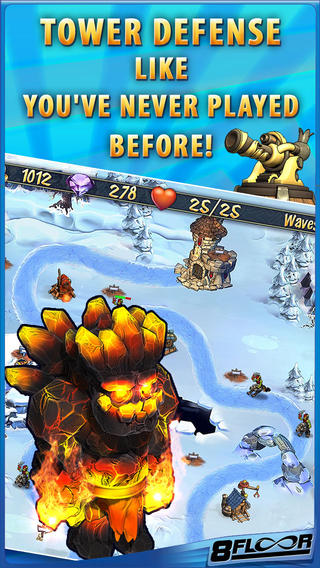 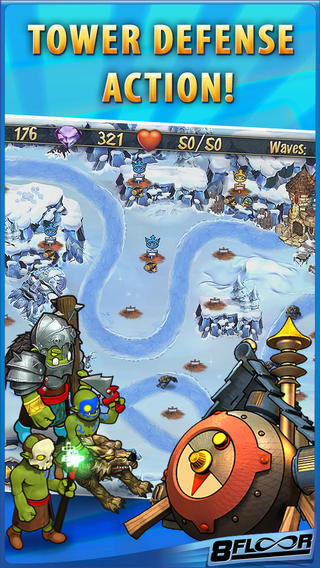 Royal Defense is a decent tower game that faithfully follows the basic essentials of the genre. It offers intense gameplay, nice graphics, and action-themed sound effects. It's a solid option for gamers who really enjoy this genre.