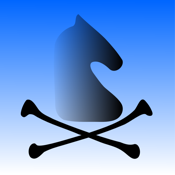 The Dead Man’s Chess app is no longer in iTunes but you can find an alternative chess app on our iPhone list. You can also find all the best iPhone apps on our applists. We have also reviewed these chess apps or check out our iPhone app reviews:-

Dead Man’s Chess by Mantis Motion brings the game of chess to life in a whole new way. If you’re a chess purist you will probably want to stay away from this app, but for the rest of us, this is a fun take on the old game. You’re chess pieces will still move in the same patterns you’re used to, and they’ll also have some entirely new moves that will surprise you.

Chess is a game that makes you think, but there are predictable patterns to the movements of the pieces that enable the best players to think several moves ahead. Dead Man’s chess introduces a level of unpredictability to the game that will keep even the chess masters guessing.  This app is available for purchase from the App Store at a cost of $0.99 and it’s compatible with iPad.

If you do a quick search of the App Store you’ll come across page after page of chess games – that’s a lot of competition for any developer thinking about creating a chess app. If a game’s going to stand out in such a crowded marketplace it has to provide something that we haven’t seen before. In a traditional game like chess, it’s hard to come up with something new, but that’s exactly what they’ve done here. Dead Man’s Chess is the most innovative game of chess you’re likely to come across in the App Store.

There’s always been a little bit of unpredictability involved in any game – after all, they’re played by humans and we don’t always do what’s expected of us. Unfortunately, in this game unpredictability is taken to a whole new level. The game introduces a slingshot move to the game of chess that is very hard to control – the pieces never seem to react how you’d like them to which can be very frustrating – f you can get the hang of it though it can make the game quite interesting. This app will require 11.9 MB of available space on your iOS device. 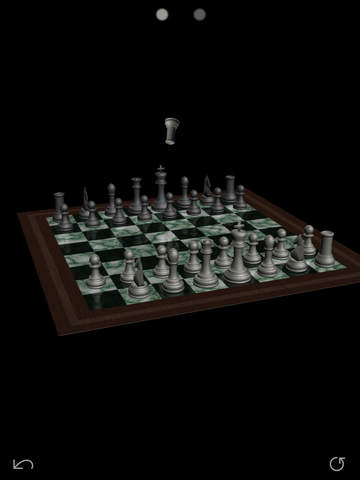 Dead Man’s Chess defaults to a settings screen when you open it up – from here you can choose whether or not you want to play the game on earth or on the moon, if you want the computer to be easy or hard to play against, and whether or not you’d like the audio to be on. This screen is also where you can access the help section to learn how the game works. Once you’re satisfied with your settings you simply tap on play to get started.

The game board looks very much like any other chessboard you’ve likely seen before and they’ve done a pretty good job of the graphics in this one. Each individual chess piece is rendered with great detail. You can also swivel the board around to look at the game from just about any angle you like which is pretty cool, but it’s how you move the pieces which really gives this game its edge. There are two ways you can move: you can move your pieces in the traditional manner, or you can opt for a sling attack which is performed by pulling back on your pieces and releasing. If you’re successful the target piece of your opponent will explode! This definitely makes a chess game a lot more interesting. 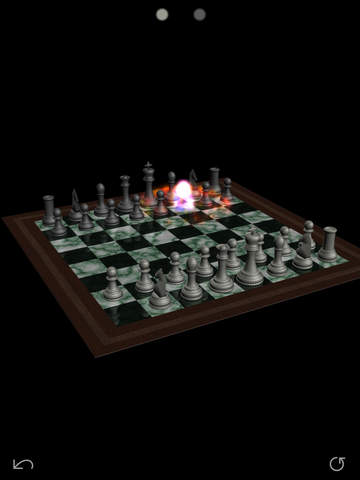 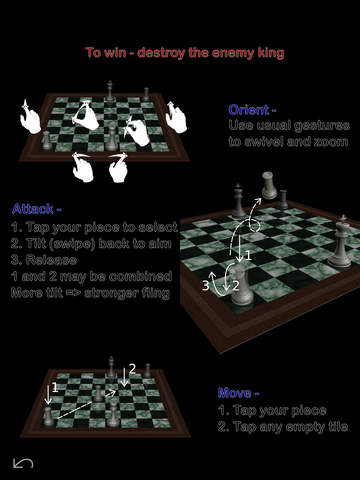 If you enjoy a game of chess once on a while but you wish there was some way to spice up the game a little bit, you should really check out Dead Man’s Chess. With an innovative new sling move and exploding pieces, this is chess like you’ve never seen it before. This is a fun new take on a traditional classic.