Alien Star Menace app review: a game of strategy against aliens and ogres

Alien Star Menace is a turn-based strategy game with elements of role play arcade. It offers dozens of challenging levels in gauntlet campaign mode with extra stages called hard mode. It allows you to play a random skirmish mode for fast-paced tactical battles. You can unlock units to strengthen your squad’s attack and defensive abilities. Developed by The Animal Farm Creations, this app is compatible with iPhone, iPad, and iPod Touch.

Defeat the Aliens and Save Your Ship

Games involving space aliens are always exciting. This is particularly true for fans of space war and strategy genres. So if you are fond of battling alien invaders, Alien Star Menace could be the right app for you.

Alien Star Menace offers a good storyline. The game puts you in command of a great starship called Palladin. Unfortunately, aliens and ogres have found a way to breach through the outside defenses of the ship and they are wreaking havoc inside. It is your task to drive away the alien invaders in order to save the ship.

You then start the game with a small squad and your general objective is to crush the invaders on every level. This is a turn-based strategy game so you will have ample time to position your troops for defense or attack. You can launch massive attacks anytime as long as the aliens are within range of your troops or super weapons.

Battles happen in real time and you will know if you are winning or not. While gameplay may look simple, it still requires strategic thinking on your part especially when pitting your limited forces against a marauding horde. Each level becomes more difficult but you have a chance to upgrade your capabilities by unlocking more troops with powerful attributes.

Overall, the game offers decent battles with exciting campaigns and skirmish modes. It will keep you on the edge of your seat especially when more powerful aliens start attacking your squad. 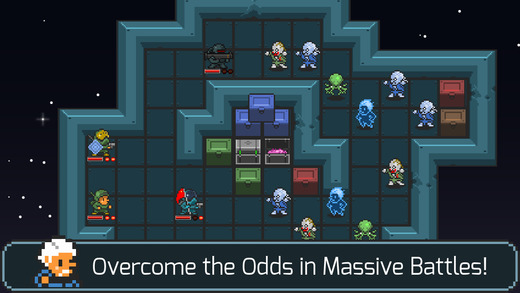 Alien Star Menace offers a good storyline that provides context to the battles. It provides you with clear goals on every level which keep the game interesting.

The game offers three different play modes: campaign, hard, and skirmish. In campaign mode, you will drive away aliens on every level while unlocking more troops and units.

The hard mode is a bonus feature where you get to play previously unlocked levels. Game difficulty however is more brutal and challenging. In skirmish mode, you can play tactical single battles against a fixed number of aliens. 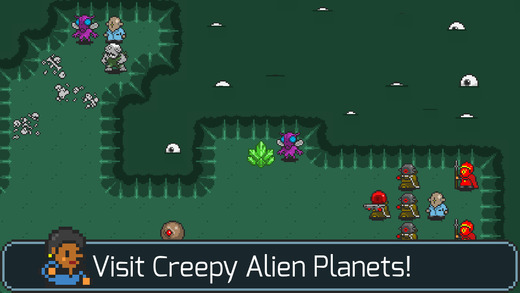 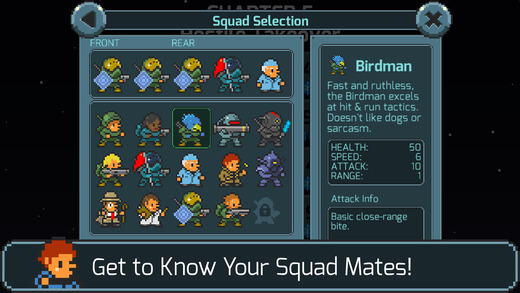 Alien Star Menace is a good turn-based space strategy game. It offers challenging levels with extra playing modes for quick battles. If you love space wars and role-playing strategy, then this is a good app for you.