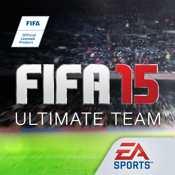 FIFA 15 Ultimate Team is EA Sports’ latest football simulation game that offers real players and teams. As the name implies, this game focuses more on building a superior team composed of football legends and superstars. It allows you to build a roster and compete in FIFA-sponsored tournaments and daily match ups. It works seamlessly with the latest models of iPhone, iPad, and iPod Touch.

FIFA 15 Ultimate Team is a significant upgrade to the previous EA Sports’ football simulators. The company stripped down extraneous features but upgraded the roster with tens of thousands of real players and hundreds of teams.

This version is free with options to buy FIFA points which you can use to sign superstar players. However, you can earn points by playing the game and winning more matches.

You start the game as a team manager. Your first task is to build a decent team composed of competent professional players. Unfortunately, you have limited resources as a new player which means you can only draft second-tier to third-tier players in the early stages.

There is no need to worry though because your first opponents are probably newbies, too. The app uses an algorithm that matches players belonging to the same level.

You will be given a card stack where you can draft players. When drafting, you need to sign a time-limited contract with each player and this involves paying out in-game money. Make sure to spend your resources wisely so you can build a well-balanced team.

Gameplay involves actual football simulation. You can control players using the on-screen touch pad. You can develop gameplay strategy before each match by selecting the starting units, subs, formations, and tactics.

You will earn points whether you win or lose a game. However, you can win more lucrative prizes when you win in tournament mode. 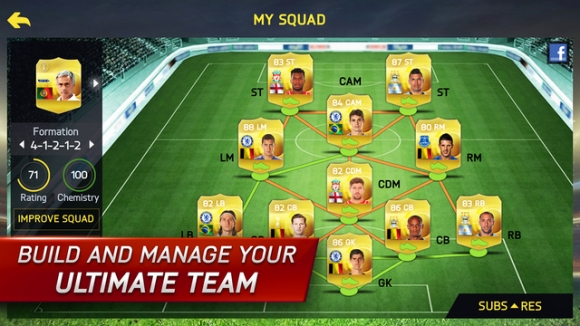 This game offers more than 10,000 real FIFA players. It allows you to draft FIFA legends including Messi and Hazard. It also offers more than 500 real teams that are competing in FIFA sponsored tournaments around the globe.

Ultimate Team focuses more on team building and actual tournaments. It allows you to compete in more than 30 leagues including the English Premier, German Bundesliga, La Liga, and MLS.

And lastly, the game allows you to earn valuable points or currency. You can then use earned currency to draft players and to buy training equipment. 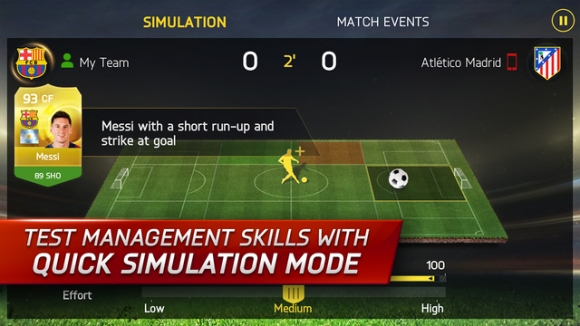 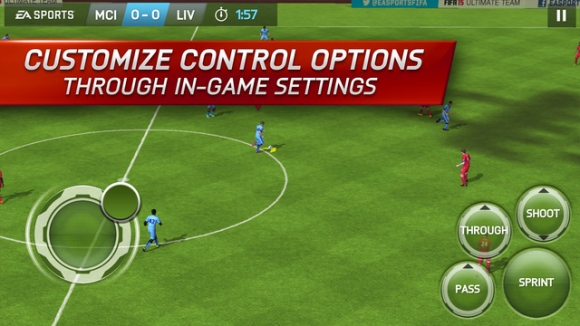 FIFA 15 Ultimate Team by EA Sports sets the standard for football simulation games. It offers impressive roster of players and teams. It also allows you to play in regional leagues and global tournaments with more lucrative prizes.