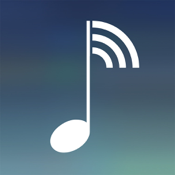 MyAudioStream HD Lite app review: a media player for streaming all your music across all your devices 2021

MyAudioStream HD Lite by Arkuda Digital LLC is a comprehensive media streaming app that makes listening to music across all your devices seamless.

There are all kinds of media players to choose from in the App Store, but MyAudioStream HD Lite is a lot more than just a media player. With this app you can easily share your music between different devices via Wi-Fi with a minimal amount of effort.

Streaming music app for iPhone has a ton of features that makes sharing music between devices easier than it’s ever been before. This is a free app and it’s compatible with the iPad.

Check out our MyAudioStream app review for more details and to see if it's one of the best apps for listening to music.

Connect All Your Music in One Place

If you’ve ever attempted to consolidate the music collections on all of your devices, you likely came away from the experience feeling a little frustrated and overwhelmed.

MyAudioStream HD Lite is designed to remove the need to transfer songs from one device to the other – with this app you can access all of the music on each one of your devices in one place with the apps built in media player. It’s an innovative idea for which the iPad is the ideal launch pad, and the developers of this app have brought the idea nicely.

There are a couple of serious frustrations you will have to deal with in this free version though. It does include banner ads along the bottom of the player, which are large enough to be a little distracting.

Probably even more frustrating is that in the free version you are limited to accessing only seven songs by each artist. If you’ve got a large music collection this is a pretty serious limitation.

The other thing that’s seriously annoying about this app is that there are no instructions. It’s great that you can access songs across multiple devices, but it would be much better if the app instructed you how to do it! This app will require 42.2 MB of available space on your iOS device. 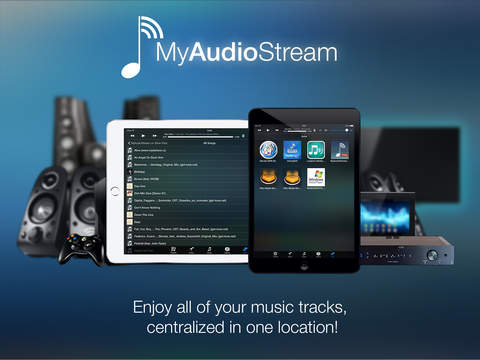 The first thing you’ll notice when you open this app is that it looks just like most other media players you ever used. It includes a play list populated by the songs on your iPad, it has the basic play buttons, and it has a shuffle feature – what makes this app special is that it also finds any device in Wi-Fi range as well.

In order to access the songs on these devices you’ll have to allow sharing on those devices, but as long as you’ve done that MyAudioStream HD Lite can access them seamlessly. It’s almost like they’re simply an extension of your iPad.

The other thing I noticed about this app is that it seemed to enhance the quality of playback on my device. The sound was crisper, and it was definitely louder. When combined with its nice clean user interface, it’s a great package, and an enjoyable experience. 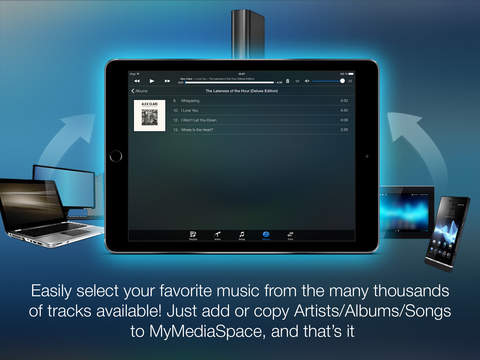 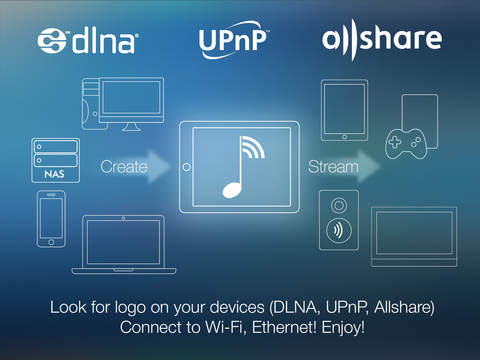 If you’re a music fan, MyAudioStream HD Lite is a great addition to your app collection. This app allows you to use your iPad as a launch pad for your entire music collection across multiple devices. It’s an innovative app, and it’s probably well worth upgrading to the full version to gain access to all of its features.