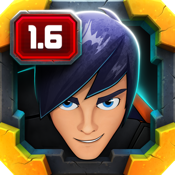 Slugterra: Dark Waters app review - use your slugs to battle for supremacy of the 99 caverns

Slugterra: Dark Waters by Apps Ministry is an action adventure game that features stunning graphics that are quite surprising for a mobile platform like iOS. In this epic adventure, you’ll be treated to a well-developed storyline that features rich characters and lots of action that will keep you glued to your screen. The game features some of the best aspects of MMORPG’s, third person shooters, and arcade style action that’s bound to appeal to a wide audience. You won’t want to put this one down. This is a free adventure app for iPhone, iPad, and iPod Touch.

Use Your Slugs to Defeat Dr. Blakk

If there’s one major issue that most critics of MMORPG’s have, it’s that that these type of games often allow the user very little real control over the actual game play – battles are often simulated and in many cases you don’t even have control over your characters most basic movements. The major appeal of these types of games is the strategy involved in building your characters strength and resources so that they are properly equipped to be successful in battle. If you prefer to be a little more hands on then Slugterra: Dark Waters will be right up your ally. This game really does combine some of the best aspects of MMORPG’s and full action shooter games.

There are some ads in this game but for the most part they’re voluntary – you normally aren’t required to watch them, but you can if you want to get some free coins. The only other minor issue with this one is that it takes a while to get going with the actual game play. When you open the app you will be guided through a series of tutorials that teach you how to play the game, but it isn’t a quick process and before long you’ll probably be itching to get to the real action. The game does feature Game Center integration which allows you compare your high score against others around the world which is always nice to see. This app will require 193 MB of available space on your iOS device. 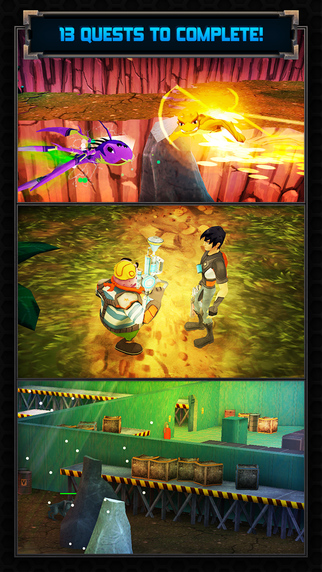 In this game you play a character named Eli Shane who’s trying to defend the world of Slugterra from the evil Dr. Blakk’s attempt to conquer the world. You’ll battle his minions on each level by blasting slugs from your blaster in an effort to take them out before they can take you out. This is quite a fun game with some great graphics – the slugs that come out of your blaster are cute little cartoon characters with a bit of a fierce streak to them.

Its fun making your way through the caverns, but the real fun is battling your enemies in arena duels. To dodge enemy blasts you can maneuver your character by tapping on the right and left arrows – and you can also make him roll by swiping quickly across the screen. You only have a limited amount of slug power so you’ll have to wait between blasts, or use slug food to replenish your slugs more quickly. If you receive a direct hit you can heal yourself with med kits, but if you take too many direct hits even med kits won’t help you. The action’s nonstop in this one and it’s a great game for all age groups. 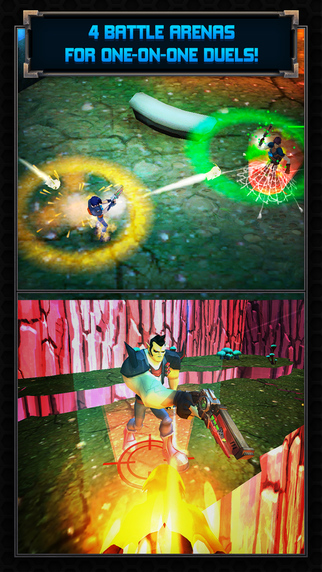 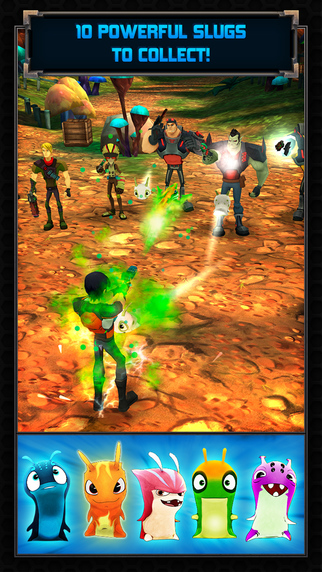 Slugterra: Dark Waters is a great action adventure game that will keep you entertained for hours. The graphics are excellent and the gameplay is great as well. This is a fun game that will appeal to people of all ages.