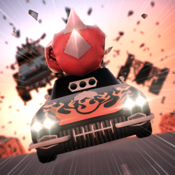 Nitro Punch Car Game is a demolition derby style car racing game that packs a lot of punch. What you generally look for in a good car game is exciting racing with turn-by-turn action, great sound effects, and some custom options for your cars. Nitro Punch Car Game has all of these things and a whole lot more. What makes this more than just your average car game is that it combines great racing fun with some crash ‘em up derby action as well. If you love cars and car racing you’ll love this game. This is a free app and it’s compatible with the iPhone, iPad, and iPod Touch.

Car racing games are extremely popular, largely due to their ease of use, and fast paced action. These types of games keep you on your toes every step of the way – generally there isn’t a lot of time to think, you simply have to react to what’s in front of you with split second decisions. The best racing games also feature stunning graphics and sound effects that make you feel like you’re really racing down a treacherous road full of different perils. Nitro Punch Car Game has all of the fast paced action you’d expect from a good racing game and, with the battle mode thrown in, it offers something a little extra as well.

While this is a great game, it does appear to have a couple of flaws. The biggest one I came across was its inability to run on my iPad – which is a pretty serious flaw for an app that claims to be compatible with bot the iPad and iPhone. It worked great on my iPhone which allowed me to enjoy some great game play, but it would have been nice to try it out on the bigger screen of my iPad. Another minor issue with this one is that it does contain in-app purchases, although these are not essential to game play and you don’t have to access them at all if you don’t want to. It also contains the occasional pop-up ad. This app will require 155 MB of available space on your iOS device. 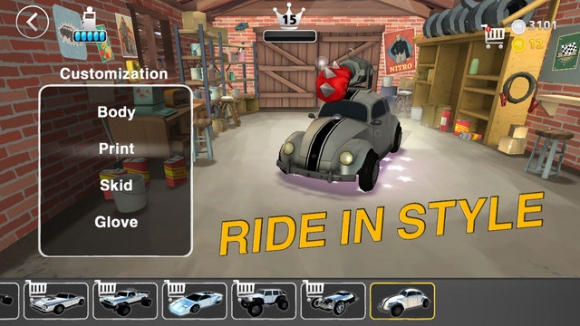 The game begins with your car in the garage where you can purchase some customizations for your car, but you’ll need to collect coins through the successful completion of races before you can take advantage of this or you can also get a head start through the use of in-app purchases. You can also access different language options, refuel your vehicle, and check out your stats in the garage as well.

The actual race itself features two main sections – when you begin, you start off in racing mode with two simple features to control your car. If you slide back and forth on the steering wheel icon you can move your car from left to right and if you tap on the accelerator icon you can make your car move forward at increasing speed. Along the way, you’ll have to dodge bombs, spikes in the road, and other cars while also looking for special bonus items such as coins and turbo boosts. Eventually you’ll crash through a series of barriers which will take you into battle mode. Once you arrive here, the aim switches from racing to crash derby, but in an exciting twist you can also fire rockets at opposing cars. You win when all the other cars are blown up or knocked off the cliff. If you’re the last man standing, you’ll receive some extra coins to spend in the garage as well. This game features nonstop action which will keep you moving from start to finish. 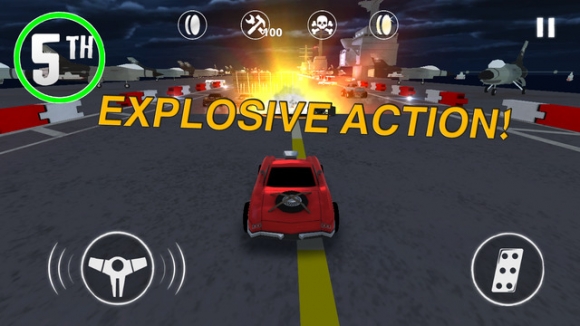 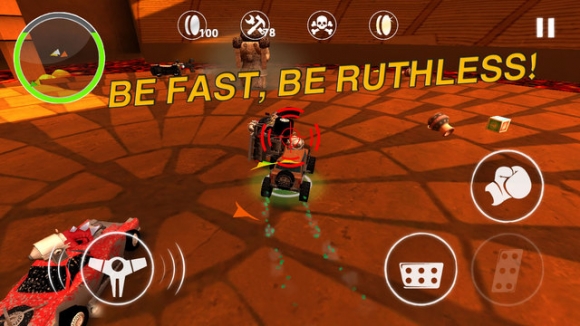 If you own an iPhone Nitro Punch Car Game is an action packed adventure that will keep you entertained for hours. It didn’t seem to work on my iPad, but if you can get it working on yours you won’t be disappointed. This is a great little game filled with hours of action and entertainment.