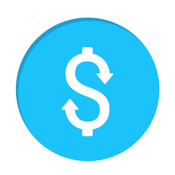 Clear Currency Converter by Davetech Co., Ltd. is a simple, yet powerful currency converter app that can help you easily convert from one currency to another. In today’s business world, small percentages can make a huge difference when it comes to turning a profit – especially when you’re trading in the currency market.

With an app like Clear Currency Converter you can make sure you always have the latest currency information so that you don’t miss an opportunity. There’s nothing fancy about this app but sometimes simplicity is a good thing. This is a free app and it’s compatible with the iPhone, iPad, and iPod Touch. It's also featured in our list of the Best Currency Converter apps for the iPad.

Convert From More than 100 Currencies

If you do a quick search of the App Store for currency converter apps you’ll discover that there are quite a lot of them, and most of them offer conversions from a variety of different currencies. What helps to separate Clear Currency Converter from the pack a little bit is its ease of use, its comprehensive list of included currencies, and its clean user interface. Let’s face it; it’s hard to differentiate apps that serve essentially the same purpose – especially when it’s a pretty simple function. The only way to do this is to make sure the app performs well and that it’s easy to use, which is exactly what the developers of Clear Currency Converter have achieved. Adding crypto currencies would be good.

The best iPhone apps for SEO

There aren’t a lot of negative things to say about this app, but one issue that is apparent is the developer’s claims that their app also provides current values of precious metals – as far as I can tell there’s no sign of this function. There is an in-app purchase that allows you to upgrade to the pro version, perhaps it’s included with the upgrade but this isn’t clear. Some sort of help section would help to clarify this, but there isn’t one in this app. Clear Currency Converter will require 12.7 MB of available space on your iOS device. 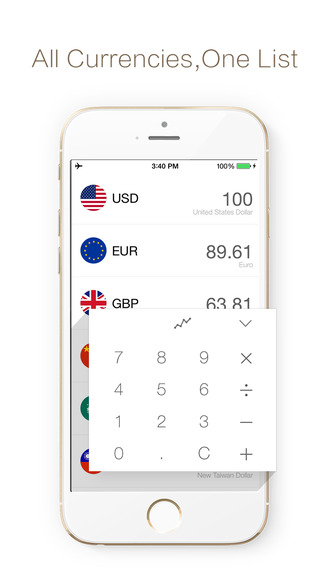 The main interface of Clear Currency Converter features a simple user interface that doesn’t require much of a learning curve. The app uses your current location to determine what country you live in and that becomes the default currency against which all other currencies are compared – you can change this if you like, but for most people this will probably suit them just fine.

The apps window is divided in two: on the left hand side are the currencies you’ve chosen to compare and on the right hand side is a chart showing the performance of your currency against others over the previous month. If you want to add another currency to the list you simply tap on the plus sign in the top left corner, scroll through the list, and tap on the one you want. Any time you are connected to the internet the app will update to the latest conversion rates. It will then appear on your main list. You can control how much of each currency you want to compare by tapping on any currency – whether you want to compare 1 US dollar to its Canadian counterpart or 100 US dollars is entirely up to you. 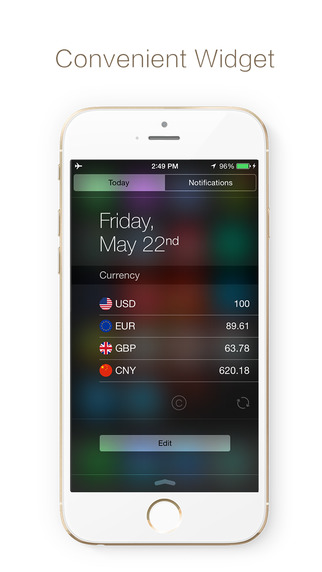 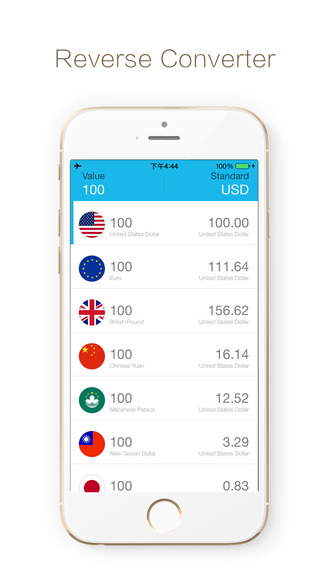 Clear Currency Converter is a good choice if you’re looking for a simple currency converter app. It’s got a simple and intuitive user interface, and it can convert more than 100 different currencies. Whenever you’re connected to the internet the app will update the rates so you can’t really go wrong with this one.