Butcher Goes Vegan by Masoud Lak is a fun little time waster to pass the time on a long commute. Whether you’re a believer in saving the animals by eating vegan or not, you’ll still have a lot of fun with this one. You may start out as a sheep, but there are other animals to choose from and, as long as you can stay out of the butcher's clutches long enough, you may just get to find out what those are. There’s nothing complicated about this one, but with its cute cartoon style graphics and simple game play it won’t take long to get addicted to this one. This is a free app and it’s compatible with the iPhone, iPad, and iPod Touch.

One-touch games are always a lot of fun and Butcher Goes Vegan is no exception. There are no complicated controls in this type of game – it’s all about the timing. When you’re looking for a simple game to pass some downtime with, these little gems are perfect. It also features some pretty entertaining graphics and sound effects. It’s a lot of fun as long as you’re willing to put up with the animal rights activists message – this is probably the first App Store game I’ve ever come across that was sponsored by PETA.

Apart from the political message, you’ll also have to put up with some ads in this one in the form of banner ads so they’re not overly obtrusive. The bigger concern was the app's tendency to crash when ran on an iPad – in fact I couldn’t get it to work at all on this device, although it did work fine on my iPhone. There are also in-app purchases if you want to purchase more gems. It does include step by step instructions as well which is a nice feature. This app will require 67.4 MB of available space on your iOS device. 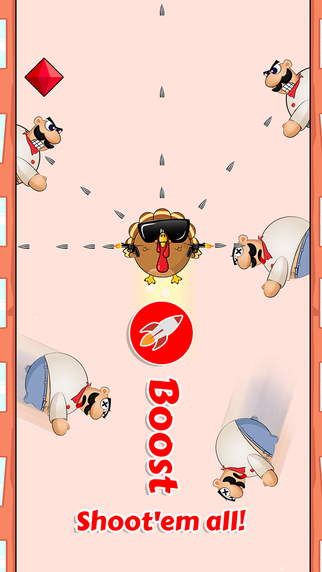 The game play in this one is very simple you just tap on the screen to bounce your character, a sheep, from wall-to-wall trying to avoid the grasping hands of the butchers as you go. If you tap quicker, you’ll accelerate faster or if you need to slow it down a bit simply tap a little slower – it’s all about timing your taps just right in this one. The longer you last the more butchers you’ll have to avoid. I also liked the crazy evil laugh of the butchers – it definitely adds to the atmosphere. The only thing that really takes away from this one is the constant political messages after every game, but it’s just a matter of a quick tap to get past them an on with the next game. 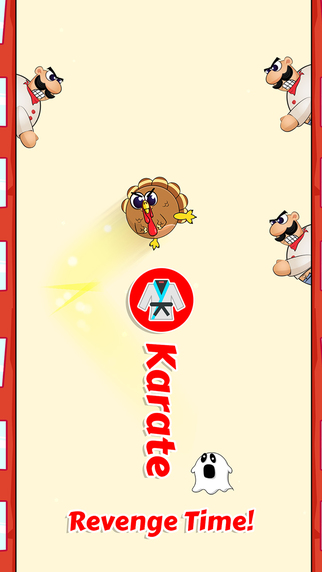 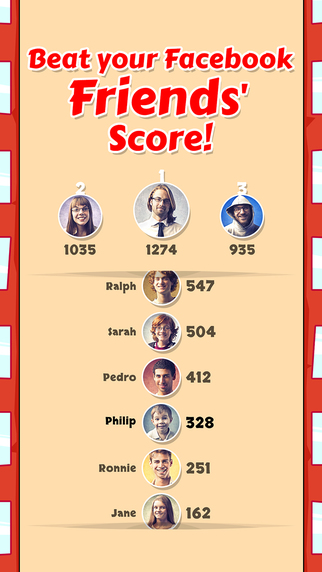 If you’re looking for an entertaining time waster Butcher Goes Vegan is a decent choice. This game features one touch game controls and fun cartoon graphics. If you’re willing to put up with the political messages, this one’s definitely worth downloading.