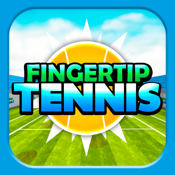 Fingertip Tennis app review: it's all about fun

First things first, if you're looking for one of those games that is ultra-sheek and modern, and filled with realistic graphics and physics then this is not the game for you! The Fingertip Tennis app for your iPod touch, iPad, and iPhone has been created for anyone who enjoys a fun, entertaining, casual game that they can pick up and play pretty much immediately. The rules and game controls are easy to understand but don’t let that fool you because this game still packs in quite the challenge.

Set your Fingers to Work

It's time to let those fingers get to work in the Fingertip Tennis app. Not only is this one fast-paced and challenging but it's also rather hilarious thanks to the graphics and gameplay. It's all about a good time here, it's not about a super-serious gaming experience. All ages can play this one so the whole family can get in on the action. You'll get to engage in tennis matches on a variety of playing surfaces - hard courts, grass, and clay, plus in different locations such as Paris, New York, and London. It's like you're on the circuit as you move from court to court trying your best to defeat your opponent.

There are no in-app purchases necessary in the app and it has recently gone through a few updates. In the tournaments you can now choose from new difficulty levels, the performance of the app has been improved, and there were some bug fixes made. This one requires iOS 6.0 and later to use. At this time it doesn't yet have a customer rating or any customer reviews. 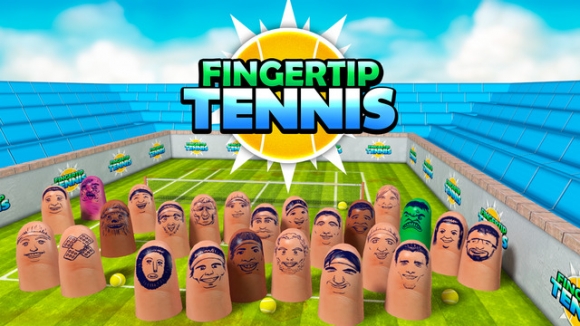 One thing is for sure about the Fingertip Tennis app and that's that it is a unique gaming experience. When you first launch the game you can choose between five different tournaments. Now the players aren't real, but they sure resemble some of the top players out there. Go ahead and test your luck with Fingerena Williams, Dafing Ferrer, and Rafinger Nadal, plus some more obscure players like Band Aid, Angry Finer, and Old Finger. As you can tell, it’s all about the fun in this app. There are 24 different opponents that you can face off against, all are gonna provide laughs.

Of course the big part of the fun is the fact you are using your finger to play, which is not only easy to understand but also makes for responsive "game controls". 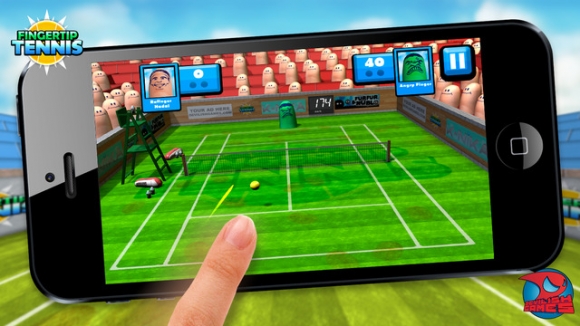 The Fingertip Tennis app for your iPod touch, iPad, and iPhone is not only entertaining but will also have you laughing away as you play. This one feels cute, unique, and yet challenging all at the same time.