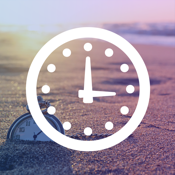 Minute of Life app review: a new twist for the instant messaging world

There's always another app that claims to be the next big thing in instant messaging. Most of us are familiar with the iconic ICQ program and Microsoft Messenger – it seems there’s always been a king of the hill. As good as these programs seemed at the time we used them, eventually something better did come along. Minutes of Life by BrainBerry is a new entry in the instant messaging category that wants to be considered the next big thing in instant messaging. How does it do? It's not bad, but it's not likely to replace Facebook Messenger or iMessenger. The Minute of Life is a free app and it is compatible with the iPhone, iPad, and iPod touch.

As we suggested above there are a lot of instant messaging apps competing in the App Store. They all share a lot in common, they let you text back-and-forth between your friends and family, share photos, share pictures, and share various anecdotes. There isn't really a lot of variety between these apps – generally what sets them apart are various little tweaks, nothing major. There's no doubt Minute of Your Life is a little different. The Minute of Life app lets you share the moments in your life through videos you've taken, and the pictures you want to share.

Where this app gets it wrong is in its overall approach. They don't provide you with any instructions, and they don't really give you any indication, or make it easy to figure out, what this app is all about. In fact, this seems more like a glorified greeting card app than anything else. That isn't necessarily a bad thing – it's just not what they suggest the app is when you first download it. There aren’t any ads, which is a good thing, but there are in app purchases. This app will require 54.6 MB available space on your iOS device. 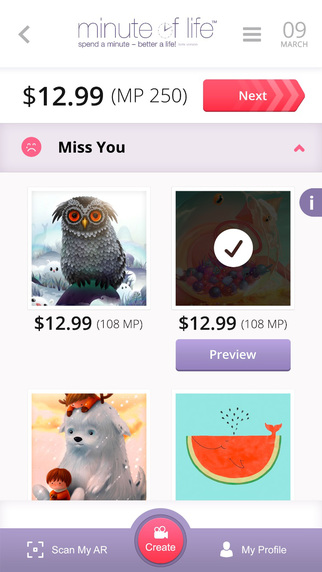 When you open up the app for the first time you'll be prompted to sign up for a user account, this is a simple process that doesn't take more than a minute. After that you can begin making your messages. As the name of the app suggests, each message is about one minute long.

There are several different templates you can choose from, including: a Christmas template, an anniversary template, an I miss you template, and even a template just to say goodbye. The idea is that you choose a template and then select some of your pictures or videos and plug them into the template. You can add some extra bells and whistles, and then you just send your message as a one minute video to the people you know and love. It's pretty straightforward, but it's not something that's likely to take the Minute of Life app world by storm. 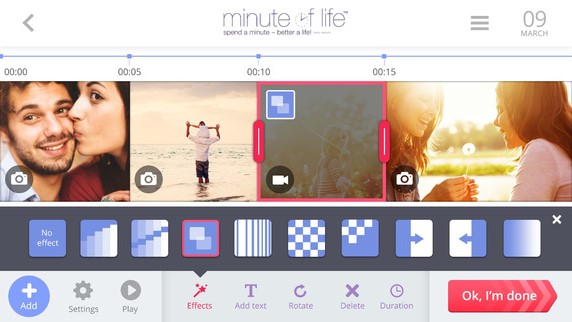