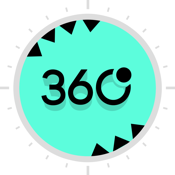 360 Degree app review: a simple addictive little game that will occupy your time for hours

If you enjoy simple little addictive games that don't require a large learning curve you should probably check out 360 Degree by WebAlive. This little game will test your reflexes and keep you occupied for hours. Some of the best games in the history of the App Store have been the simplest. This app continues that tradition. Who would've thought a ball bouncing around a circle could be that much fun? All you have to do is collect as many diamonds as possible and avoid the spikes, simple right? The 360 Degree is a free app and it's compatible with the iPhone, iPad, and iPod touch.

Ever since the days of Tetris there have always been games that are looked upon as the next big thing. What all of these successful games have in common, is that they keep things simple. They have one or two signature features that help them to stand out, but they are simple enough that just about anybody of any age can play them. The 360 Degree game stands out because it is simple to play, but it's also fast-paced, and tests your reflexes with every move. This game definitely has the potential to be one of the most popular ever released in the App Store.

There are some aspects of this game that are a little annoying. For one thing it does contain ads. These are full-page ads that appear after every game, and there are banner ads at the bottom of the screen at all times. There are also in app purchases which allow you to purchase rubies, but as these, along with diamonds, are the items you're trying to collect to measure your progress in the game, it kind of seems a little bit like cheating. It's much more rewarding to achieve success on your own. The 360 Degree app will require 57.5 MB of available space on your IOS device. 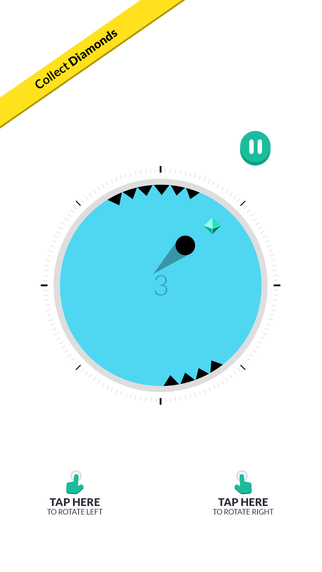 The rules are simple in this one, all you have to do is to keep your ball bouncing back-and-forth across the circle, avoid the spikes, and collect as many diamonds and rubies as possible. Simple right? Well, nothings ever quite as simple as it appears at first glance. This game can actually be quite challenging. The longer you survive the quicker the pace gets, and the faster the spikes come at you. You can avoid the spikes by tapping on the circle, which spins the circle and moves the spikes out of the path of your ball. You won't want to take your eye off the circle for long though, because it only takes a second for your ball to hit those spikes and explode.

There are a couple of other great features about this game that help to set it apart. Perhaps the best of these is the built-in pause feature. With this feature you can pause your game, go grab a bite to eat, come back and you'll still be at the same place you were when you left. This is something you don't often find in free app store games. This game also includes Game Center integration. So you can easily compare your high score against anybody anywhere on the planet. There's nothing wrong with a little healthy competition. 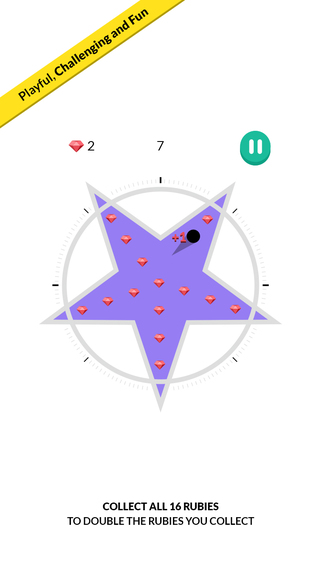 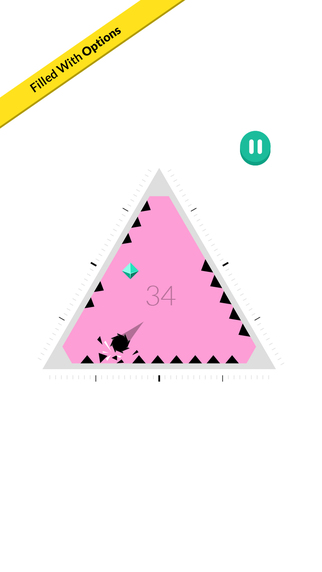 360 Degree is one of those games that you'll have a difficult time putting down. It's highly addictive, yet so simple to play that it's appropriate for just about anybody in the family. This is one you should definitely include in your app library.