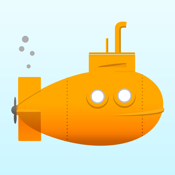 Calling all researchers, scientists, and lab technicians, you’ll want to take notice of this one. While we may not be able to do what you do, we do get that you need to keep track of all kinds of detailed information in a way that makes sense, is organized, and well documented. In fact, your research actually hinges on the fact that you're able to stay so well organized.

We've come across an app that may just prove to be the most useful item in your arsenal and that's called the Findings - Lab Notebook app. The app has been developed for your iPod touch, iPad, and iPhone by Findings Software SAS and is far from your average app. This one feels like advanced tracking technology that will be able to streamline how you go about keeping notes.

This app is meant to act as your own personal lab notebook but because you're using it on your mobile device you'll have it with you at all times. You'll never have to struggle to remember notes, dates, or any other piece of important information because it will be at your fingertips at all times. Use it to keep track of research, experiments, findings, results, and other details. Of course, by keeping such meticulous notes you'll be able to publish your findings that much easier. 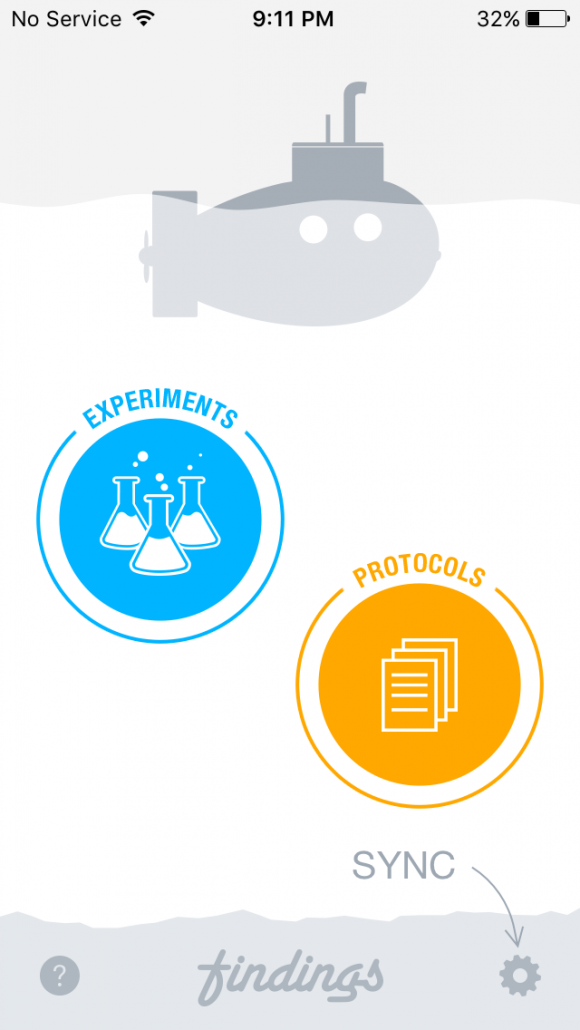 Realizing the Benefits of a Digital Record Keeping Medium

This app is literally loaded with impressive and standout features, so much so that it may feel a bit daunting as you first launch it. Use it to keep completed experiments documented and organized and ongoing experiments as you work on your research. It’s your own personal database that you are free to fill the way you want. It's not just experiments mind you as you can also keep track of multiple protocols.

The developers came up with this app as a way to get rid of the traditional notebook and pen. Not only is it cumbersome, but you don't always have it with you, and it's impossible to organize and arrange on a daily basis. The developers saw a problem within the research and lab industry and set about fixing it. With so much of our lives heading in the way of electronics, it only makes sense that an offering like this would be created. What developers realized, and rightly so, is that by providing a computerized way to store and track notes it was more than just convenient. Digital record keeping makes replicating, searching, analyzing, preserving, and even sharing streamlined, fast, and simple. Paper notebooks just can't compete in any of these categories that are so painfully important for researchers.

"We want Findings immediate benefits to compel our users to happily give up their paper lab notebook," says the Findings Software SAS developers. "We want them to open the app when in the past they would have grabbed a pen."

The developers believe that within a short amount of time users will come to see not only the short-term but the long-term benefits that switching to a digital medium offers. 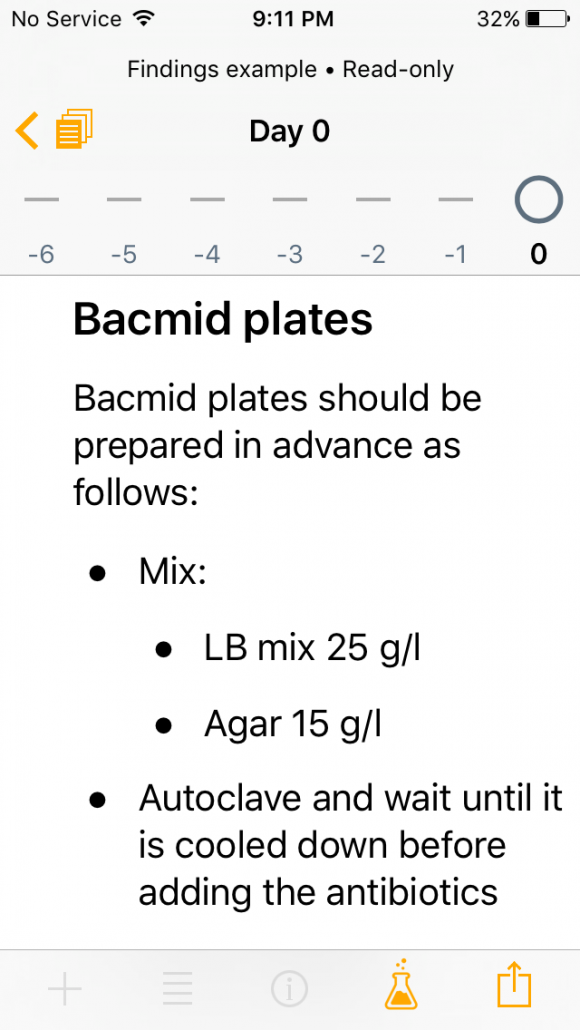 Aware of Their Audience

Part of what makes this app so successful and so impressive is the fact it was created by scientists for scientists. It really takes one to know one, and that's how Findings came about. This group of scientists decided it was time to offer an app that would be useful for themselves and their peers and decided to become indie software developers.

The best science apps for iPhone-2021

If you don't happen to be a scientist or researcher, don’t worry because you can still "play" with the app and use it for other purposes. The developers wanted to make sure everyone can check it out and understand the true benefits it has to offer. Go ahead and organize paperwork such as your taxes, start to optimize your code if you are in software development, or even use it as the best recipe database known to man. 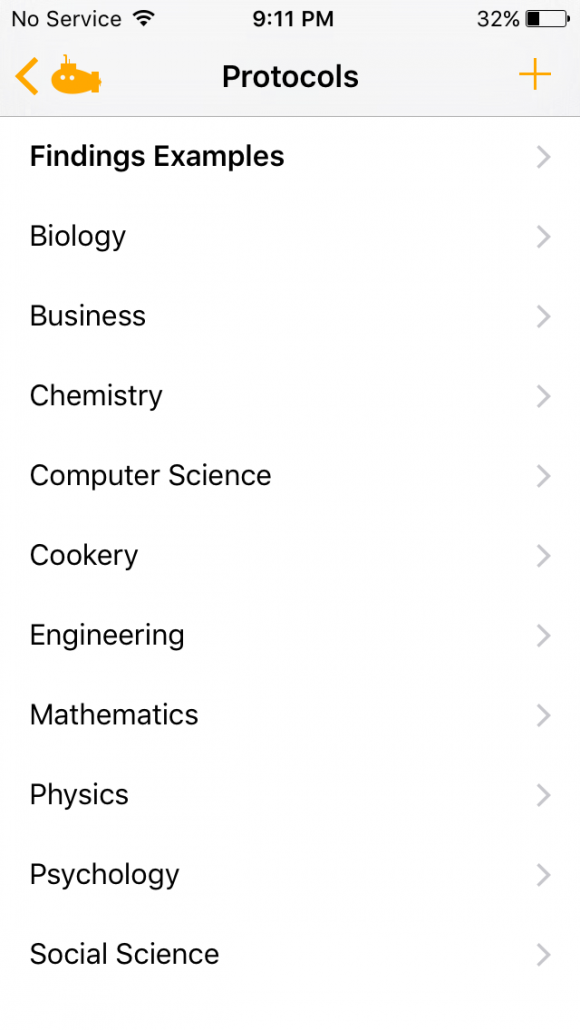 We've got to be sure we discuss the many features and tools included in this app, after all, that's what makes the app so incredible. Launch the app and choose between protocols or experiments. Right there, the organization starts to come into play. In the experiments section you'll be able to keep track of your progress, add your own notes, photos if you like, record all the steps, and of course save it. You're always welcome to go back and make edits whenever you like. There is a timer and timestamp feature that you can also "attach" to a particular task within an experiment. This feature alone can prove to be quite useful. The app will automatically remind you when a timer has finished.

In the protocols section of the app you'll be able to edit, browse, organize, add, and more. Think of this as the organization hub of your app.

To ensure your data is always available to you, the app syncs across each of your devices, including the Apple Watch, and you can back up your information to Dropbox. 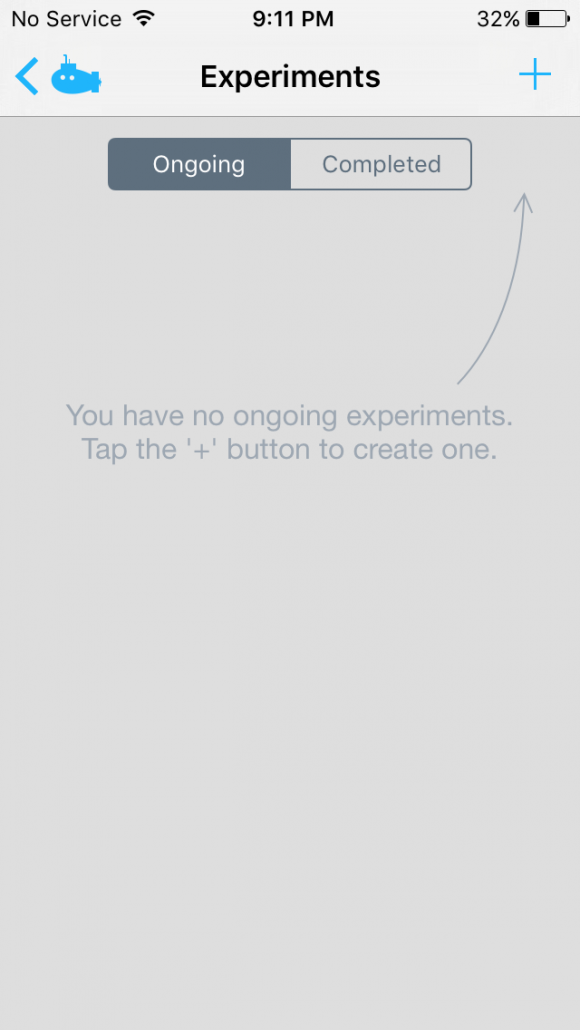 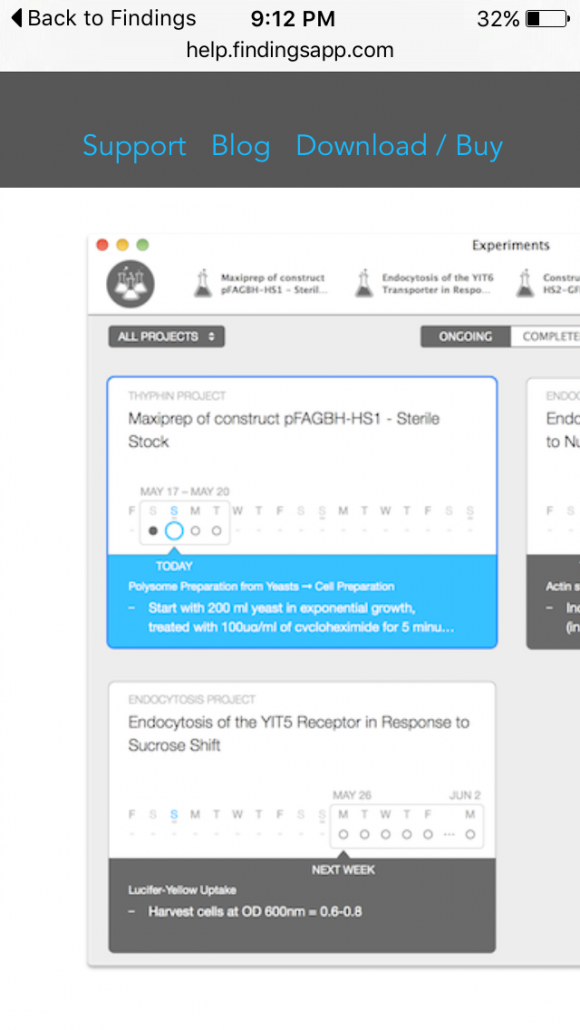 For scientists, lab technicians, and those in the research field/industry the Findings app is an absolute must have. Even if you haven’t really considered switching to a digital record keeping/tracking tool this is the time to check it out and learn all the benefits it has to offer. Truly, once you put down the notebook and pen, and start using this app instead, the way you look at notetaking and record keeping will completely change.