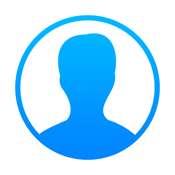 Contacts Pad app review: take all the work out of organizing your contacts

Your contacts list is meant to help you find information quickly, and easily, but it seems the more content you have in there, the more convoluted it gets. It can become pretty frustrating looking for information, especially if you’re in a hurry. The thing about your contacts is that eventhough you may have 100+, most likely there is only a small handful that you use on a regular daily basis. The Contacts Pad app has been created to be used on your iPod touch, iPad, and iPhone and provides you with a way to organize your favorite contacts. It’s about streamlining your contacts book and helping you to get to the important information quickly. 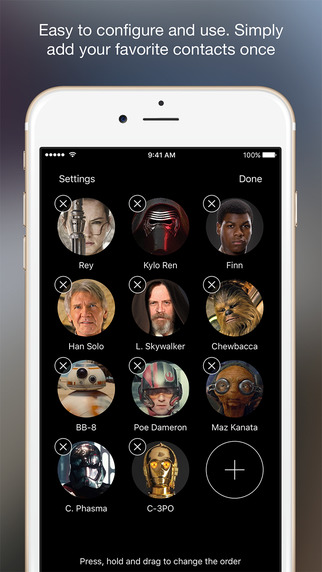 Weeding out the Top Contacts

In a nutshell, the Contacts Pad app works by weeding out your top contacts, your favorite ones that you communicate with regularly. Of course there's a whole lot more to it than just that. Users want to see that value-added functionality and the app does its best to deliver. Through this app you can add your contacts quickly and easily, then configure them the way you want.

Once everything is setup you just tap on the contact and every action you can choose from is presented. The actions are phone, Skype, FaceTime, WhatsApp, Twitter, Facebook, Messenger, Instagram, Mail, Telegram, Messages, Pinterest, and Google+. Of course, if this selection doesn't work for you, the app gives you the ability to customize the actions.

As you can tell, this is streamlining the process and makes communicating with loved ones very quick and very easy. We all have busy lives nowadays, so anything that can make your life easier is usually welcomed. 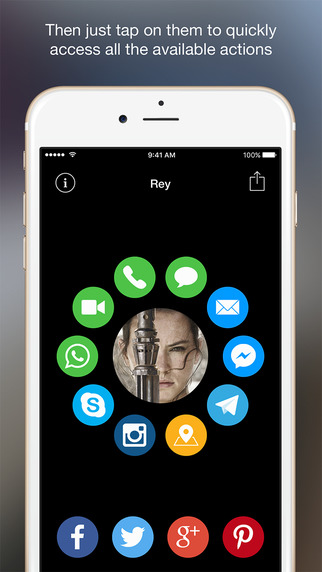 Where the Contacts Pad app may have a tough go is in convincing users that their offering is better than others in the same field. The fact of the matter is that apps that manage and organize contacts isn't new. This category is actually pretty crowded, so developers really need to go above and beyond. It can also be an uphill battle to convince users that they need something like this in the first place. Realistically, this is an app that is meant for the person who has a lot of contacts. If you’ve only got a couple of dozen, chances are you can move through them pretty quickly and do what you want relatively fast. The more contacts you have however, the more of a mess it becomes.

What's interesting about this app is that it can actually become rather addictive. It's just so easy to communicate with the world when you tap on a contact and suddenly you have tons of actions right there, all in one spot. This app works with your Notification Center and there is a widget with it. This means you can access it from your lock or home screen. These features alone help to boost the functionality and user-friendliness of it.

Because there is no limit on the amount of "favorites" you can set in this app, you are free to add much more than just your top contacts. Again, it’s the developers trying to be flexible and mindful of what their users might want and need.

Speaking of giving users what they want, let’s not forget to mention you can personalize the look of the app. There’s no need to just accept the default look. Just a little note, be sure to add pictures for each of your contacts. This just makes it all the easier and faster to find exactly who you're looking for. 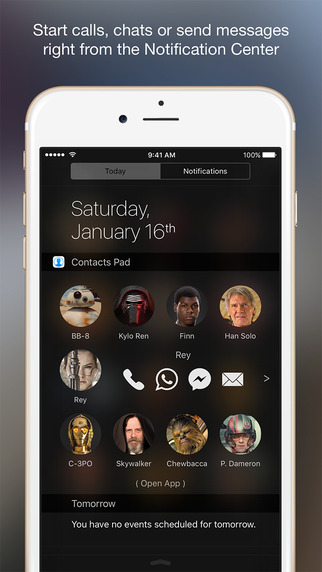 Sometimes “simple” almost comes off as a bad word. It really shouldn’t though, because it’s not always meant as a negative thing. In terms of the Contacts Pad app, it excels in simplicity and this is far from a negative. The user interface takes a minimal approach so you’ve got a clean screen to move around on. The whole idea is that it’s cleaning up the clutter of your contacts list, so you can’t do that without simplifying the look of things.

The developer is Think Code Release Ltd, who certainly isn't new in the area of apps. The developer is known for a variety of software offerings that have a goal of being high quality, innovative, user-friendly, and reliable. Other offerings from the developer include Files Board, Contacts Board, Bookshelves, and London Lines & Stations. It's clear to see they have their eye on the productivity-based offerings.

Speaking of the other apps from this developer, you can also sync the Contacts Pad app with their Contacts Board offering. No matter which app you're using, you'll have instant access to your favorites. 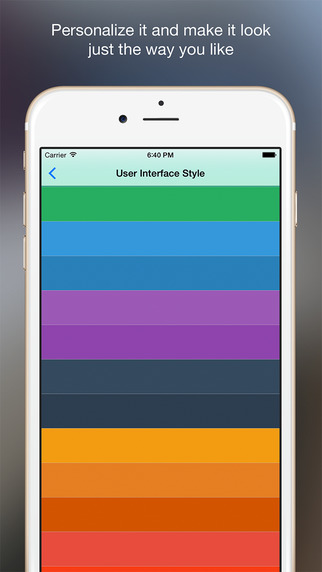 The Contacts Pad app is one that definitely adds value to your device. Once you start to use this app on your iPod touch, iPad, and iPhone you’ll really get a sense of just how helpful it can be. I like the fact that it is unapologetically simple when it comes to the features, the user interface, and the function of the app. I mean let’s be honest, users are looking for productivity tools that are ready to use right out of the box, are reliable, and make their lives easier. Contacts Pro manages to meet each of these criteria.