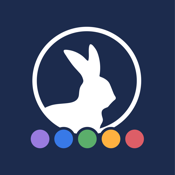 Rabadaba app review: where social skills can prove to be quite lucrative

While most of us enjoy socializing just for the fun of it, there are other reasons it can prove to be worth your time and effort. With the Rabadaba app for your iPod touch, iPad, and iPhone you can actually earn money just by being your normal social self. This means you can chat, share, post, and vote and start earning credit. These credits are then cashed out at the end of the month as US dollars. The money will be paid to your PayPal account, so you can access it right away and enjoy spending it.

The app has a whole train of thought behind it where users are meant to feel as though they are welcome, feel interested, invested, and also involved in what's happening. I mean let’s face it, money usually acts as a pretty big incentive and the developers were well aware of this. At this point there are more than 50,000 users, a number which is continuing to grow as the app catches on more and more. And it’s not just a home-grown app, this one is available in more than 60 different countries. 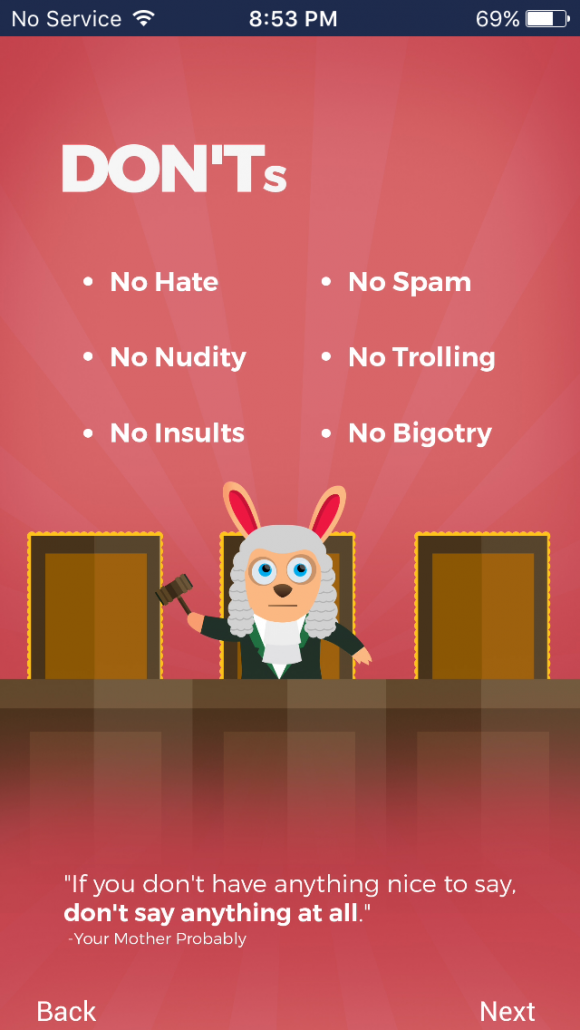 One of the hardest things to do is find a way to get people interested in a brand or product. There has to be something in it for them whether it is the service or product being offered, a cash reward, or some sort of other satisfaction.

“RABADABA started as a philosophical discussion about the state of social media and what the future holds for it,” said Rabadaba Inc, the developers.“Before a line of code was ever written, a small development team based out of Jackson, Mississippi mustered the courage to dip our toes into the competitive (maybe even cutthroat) waters of social media and application development.”

So what was the goal of the developers?

Believe it or not they didn’t want to reinvent the wheel when it comes to social media, instead it was about creating a whole new kind of community in the social media realm – “one where the user feels involved, invested, and welcomed.” The developers thought the best way to achieve this is through a few different steps.

Firstly, it was important to "monetize content", as this is what encourages people to take part. This app relies on users taking an active approach. Here users are getting paid for their input rather than just being used by companies as they often feel.“RABADABA's growth is mutually beneficial for both the user and the platform as a whole.”

Next, it was important to make the app easy to access for those who want to take part, but keep those away who just want to troll and cause problems. The developers thought long and hard on how to make it a safe and pleasant place where users can feel welcome to comment in a positive way.

Lastly was the topic of user feedback. The developers understand that in order for the app to stay relevant and grow, they need to pay attention to the user feedback and use it to their advantage. This means listening to the wants, needs, and concerns of their users and then delivering what they are asking for.

Now here’s something really impressive, this movement is really catching on as the app continues to grow in popularity, yet next to no money has been spent on marketing the app itself. Incredible when you think of it, and just goes to show how important social media is as users spread the word. 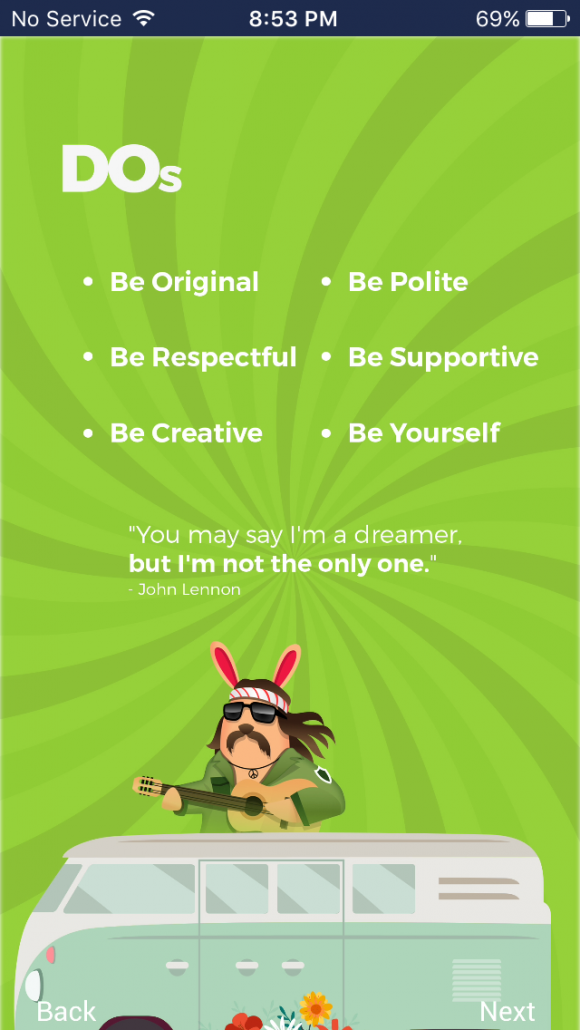 The Rabadaba app makes it extremely easy to start taking part. You can post text, photos, audio, or video, plus you can vote on content. Additionally, you can earn money for sharing and even flagging content that is inappropriate, helping the whole community out.In order to start taking part you can browse by category and then check out the feeds in each. Go ahead and post and vote. There are even filters to make the process a little smoother and faster so that you aren't spending too much time browsing.Just as you'll receive credits for voting, you'll also receive credits when others upvote what you posted. It's a win-win situation.

The app itself is set up to show the most popular, trending, featured, most commented, and newest posts. Obviously you want to do your best to get your posts into these feeds.The app uses its own built-in algorithm to determine what makes it to these pages. The higher the score, the more likely it is that it will end up on the front page of the app.

In order to earn the most money possible, the developers suggest that you are active as much as possible. Don't let it sit stagnant for a couple of weeks, instead make it a habit to use it on a regular even daily basis. 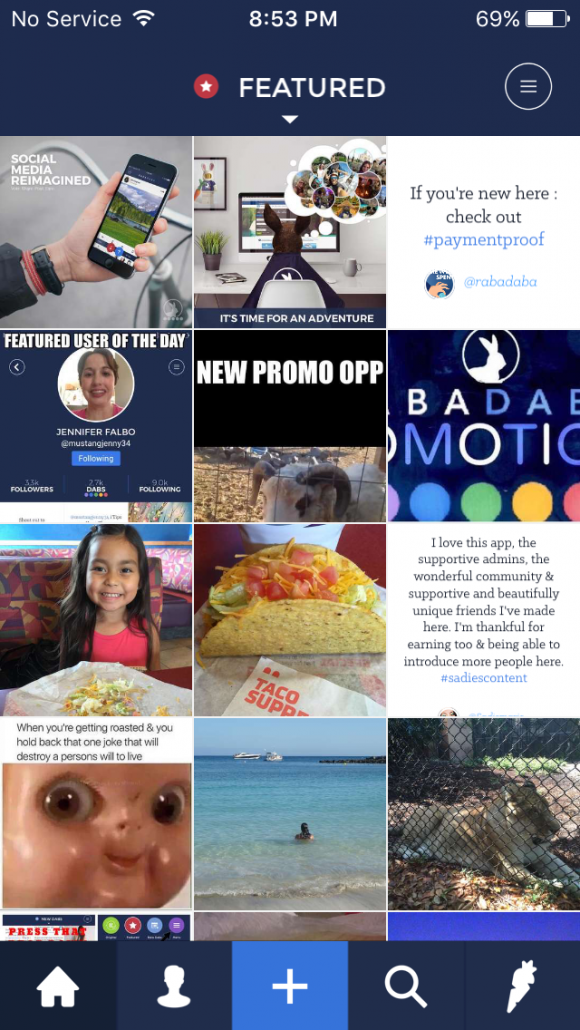 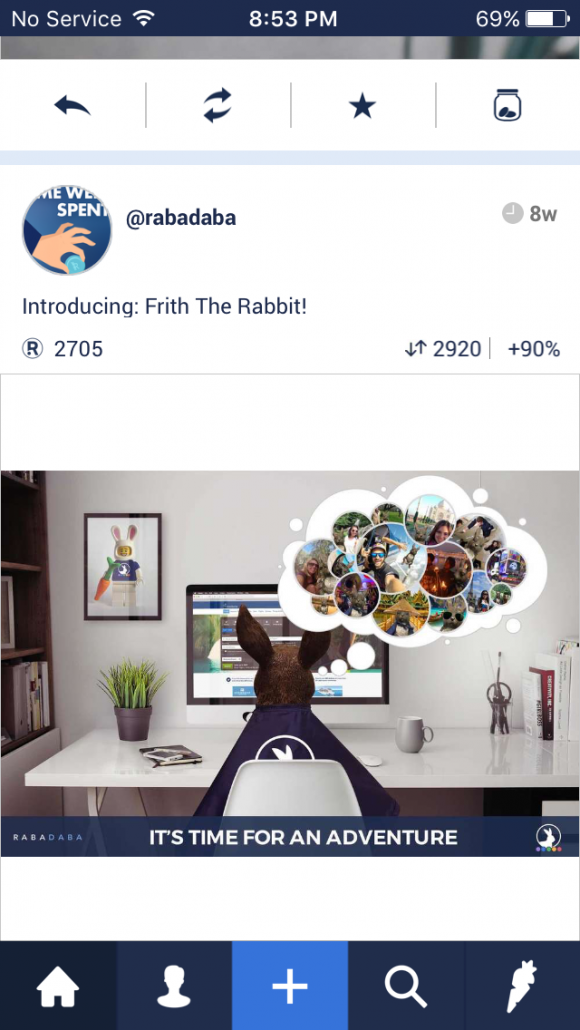 Have A Rabadaba Good Time

So what’s the final verdict for the Rabadaba app for your iPod touch, iPad, and iPhone? Well, if you’re looking for a different and fun way to earn money in your free time this one is definitely worth checking out. In the very least, you’re bound to have fun browsing through the posts, and when you’re feeling ready you can make your own post and start voting for others. The words engaging, fun, and addictive all come to mind when describing this app.